Benni to CT City boss Comitis: 'Thanks but no thank you' 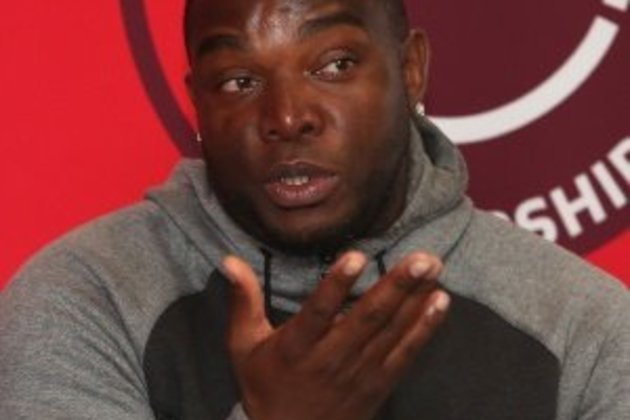 In an exclusive interview with Robert Marawa on the , City owner John Comitis opened up on the reason he opted to sack McCarthy as head coach.

The City boss even admitted that he would employ the Champions League winner as coach again in the future once he has gained experience elsewhere.

"I would hire McCarthy again but perhaps he's got to go through an entire cycle of his own growth, let him try his hand at something different," Comitis told Marawa Sports Worldwide.

"I know that there are a couple of clubs that called me asking for his telephone number in South Africa, they are still interested in him.

"McCarthy is a fantastic character to have in any organisation, but you know when you are coaching a team of 27 characters you need to have the level of experience to manage that.

"And when you make mistakes and the team is still performing you kind of get away with it but then comes a point when you don't get results the all the cracks to come up and that's football."

A week later, Marawa had McCarthy on the show via telephone from Scotland, where the former Bafana Bafana striker currently resides with his wife and five kids.

In an honest and open conversation, McCarthy detailed everything that went down internally at the club where he spent two years.

With McCarthy aware of Comitis' offer of returning to the Mother City side, the 42-year-old revealed he does not see himself in the dugout as City's coach ever again.

"When the shoe doesn't fit my friend, you don't put them on no more. I've outgrown the shoe," McCarthy said.

"It was a great time (as coach of Cape Town City) but my destiny is taking me elsewhere. That's a chapter closed in my book.

"I appreciate the chairman being optimistic (on returning as coach) but for me, thanks, but no thank you.

"I'm just being truthful. I've been there, I've done that, and I've closed a chapter on that one. I don't see me going back there to go back again and open wounds.

"I had an amazing time (at Cape Town City), great experience, learned a lot. Lots of ups and lots of downs. For me, I've closed the door on that one now."

McCarthy admits that Comitis was "eager to pull the trigger" on sacking him as head coach and finding a replacement.

"He felt that maybe a European coach or a more experienced coach can probably take the team to higher heights than what I did. So, I accepted it," McCarthy continued.

"What I have a big problem with is that I'm being made out as the fall guy now with the new coach having to do a clean out for my mess, my inexperience... I might've been just two years in a coaching job, I understand that the experience was not all there.

"When you work for a passionate chairman - I'm passionate myself because I played, that's how I've always been as a player - and now that I'm coaching, there is no difference - and John is exactly the same.

"The downside is when you have such a passionate chairman he then takes that passion into his job and he employs a coach to take the team to the next level... but then you have a chairman who also becomes a sporting director and brings in the players that he feels that is right for the club and there becomes a clash."

Listen to the full interview below: