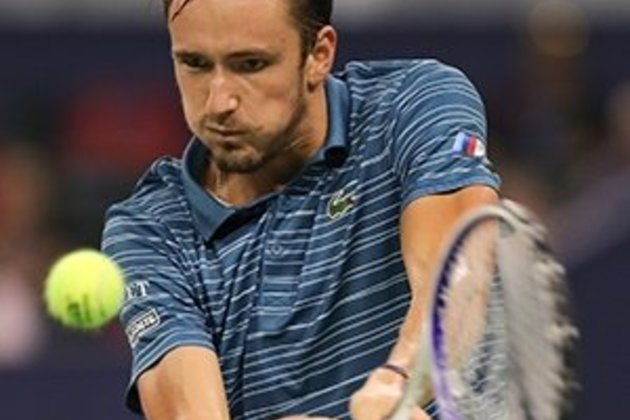 Melbourne - World No 4 Daniil Medvedev on Saturday said he wouldn't be relying on a "lucky shower" to bring him good fortune as he bids to upset tennis's established order at the Australian Open.

The Russian, who won four titles last year and was runner-up at the US Open, is John McEnroe's tip as the man most likely to break the Big Three's stranglehold on the Grand Slam titles.

Medvedev has started the year strongly at the ATP Cup and said he was reinvigorated after feeling "burned out" towards the end of last season, when he took Rafael Nadal to five sets at Flushing Meadows.

"I felt that I needed some rest, (to) restart. Again, I had great five matches in ATP Cup, won four of them. Feeling great about my game and myself," he said.

According to McEnroe, Medvedev has the style and "cojones" to interrupt the march of Novak Djokovic, Roger Federer and Nadal, who have won all but two of the Australian Open titles since 2004.

The 23-year-old said it was an "honour" to be singled out by the American great, who collected seven Grand Slam singles titles.

"Every time somebody says something like this, especially John, who was an amazing tennis player, a legend, it makes you kind of happy," Medvedev told reporters in Melbourne.

"It means that what you've achieved last year gets noticed. Yeah, when tennis experts or legends like John say it, it's an honour for me. But it's not as easy to do it as to say."

Tennis is renowned for its quirks and superstitions but Medvedev said he didn't follow Nadal's example of having a strict routine before and during his matches.

"Everybody talks about lucky showers or something. If I have to use the same shower (I used) when I didn't win, I'm not going to be in my mind like, 'Okay, that's it, I lost the tournament. I cannot play tennis any more,'" he said.

"If the shower is open, I'm going to go to the same one probably."

Medvedev, who lost to eventual champion Djokovic in the round of 16 last year, has a tough start in the shape of America's Frances Tiafoe, a quarter-finalist in 2019.

He said he could take heart from his battling performance in the US Open final, when he fought back from two sets down to push Nadal all the way.

"I fought (from) being two sets down and a break down. Still almost managed to win the match. This I have to remember, no matter who I play," he said.