Gordhan: I have confidence in Eskom's De Ruyter 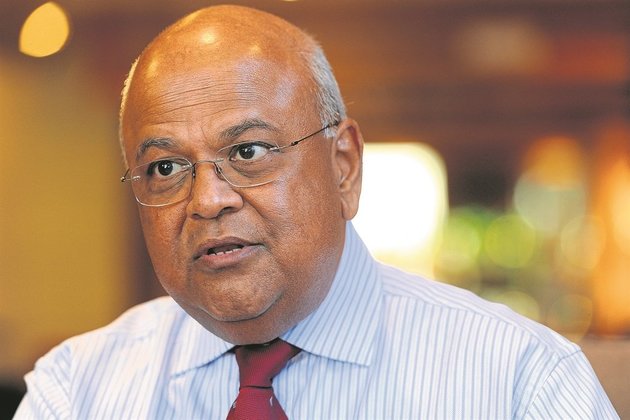 In an interview with News24 on Tuesday, Gordhan said Eskom remained in critical condition and wide-ranging interventions by its new management would be necessary to stabilise the company while at the same time embarking on serious reforms and ensuring a consistent electricity supply.

He added De Ruyter would do what was necessary to investigate and effect repairs to the whole of Eskom's value and supply chain.

"I think De Ruyter will introduce [a review of the business] ... he'll need a lot of help and support, but he's already using the brush [to sweep clean], but it's just a start. I have confidence in him, now he needs a team, and he must construct a team. We speak at all hours, whenever it's necessary."

Earlier on Tuesday, De Ruyter told Business Insider South Africa's Phillip de Wet big changes would be coming at Eskom, saying he hoped to present a package of proposals to the company's board that he hoped would be approved. These proposals, De Ruyter said, "will give us the mandate to implement some significant changes to how we do things".

Gordhan confirmed De Ruyter's comments, saying the next three months would see major changes at Eskom, which is labouring under debt approaching R500bn and with South Africans increasingly exasperated at the continuous cycle of load shedding.

National Treasury has identified the utility as the single biggest threat to the economy and fiscus, while international ratings agencies' gradings of the country's investment status hinge on the success of Eskom's turnaround plan.

Getting to the bottom of the rot

Gordhan told News24 it had taken 18 months to get to the bottom of the rot at the company, and even though he had knowledge of the depth of mismanagement and corruption when he took over from Lynne Brown as minister in February 2018, what he found had still shocked him.

His department has embarked on a full diagnostic study of the state of Eskom in order to identify the failings in every part of the business, including, and specifically, the various main cost drivers and procurement and supply chain management, because that is where most of the corruption happens. This will now become part of De Ruyter's brief.

Looking at the nuts and bolts

Gordhan said he and his team wanted to see exactly how a power station functioned and what was needed to keep it operational. That meant identifying and investigating every part of the supply chain that keeps a power station going.

"For each of the different sections that make up a power station - for each one - we asked: 'What is the purchasing route [of goods and services]'. And then, for each of these sections, which had high-cost drivers, we looked at the value chain. We analysed that value chain, who is involved and where. But we don't yet have all that details."

Once a full diagnostic of the whole company, its power stations and the different sections or components have been completed, it would be easier to investigate the different problem areas, he added.