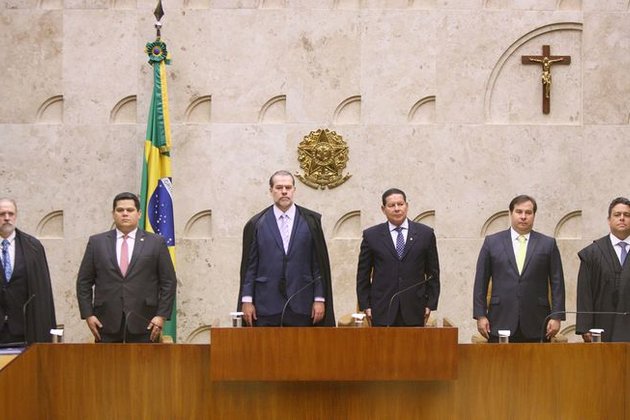 Supreme Court Chief Justice Dias Toffoli this morning (Feb. 3) opened the Judiciary year with an address highlighting the role of the country's court system "to promote the legal security necessary for the resumption of development."

"To generate confidence, predictability, and legal security-such is the fundamental goal of the Judiciary branch in the current state of the country's history, in which we yearn for the resumption of economic growth as well as sustainable social development," Toffoli declared.

The head of the Brazilian top court further mentioned that the next half-year will see trials with a far-reaching economic impact, like the case involving the rules for the distribution of oil royalties, slated for April 29.

Addressing officials from both the Legislative and the Executive attending the ceremony, Justice Toffoli said the work of the Supreme Court will be conducted "preserving the institutional dialog with the other branches."

Toffoli also talked about Brazilian citizens, to whom he reiterated "the commitment of the Judiciary branch with the promotion of fundamental rights and guarantees." He went on to announce the launch of a document explaining to citizens how to gain access and utilize services provided by the Supreme Court.