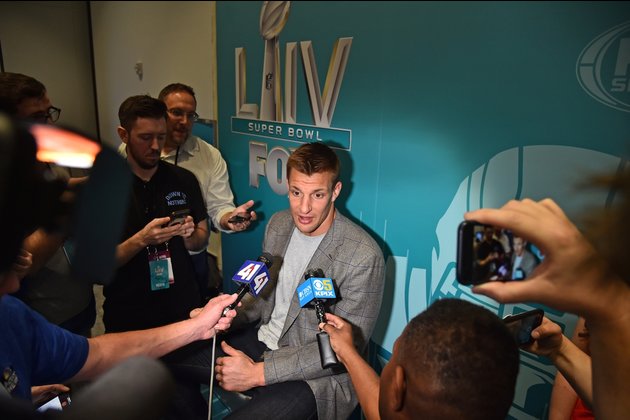 Rob Gronkowski is gearing up for a return to sports ... well, sports entertainment, that is.

The former New England Patriots tight end plans to end a one-year retirement from the NFL and suit up for World Wrestling Entertainment, according to a report from FOX Sports 1.

Gronkowski, 30, is no stranger to the WWE, having jumped in the ring for a cameo appearance at WrestleMania 33 in 2017 on behalf of friend Mojo Rawley. Gronkowski helped Rawley win the Andre the Giant Battle Royal at the event.

"With wrestling, I don't feel like I would be a full-time wrestler, but there is one thing I'm down for," Gronkowski said in August, per ESPN. "And that's to do one crazy match. Practice it for a little bit, go out there -- like in a Royal Rumble -- go out there, I got my friend in WWE (Rawley), practice it and do a full-on WWE match. I'm not saying when, maybe five years. I got the rest of my life to do that. I've always dreamed about doing that, just one time, going in there and going full-out. That may be a possibility, one time, down the road."