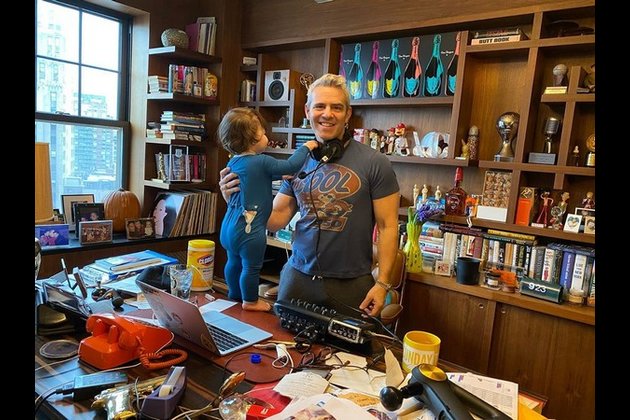 Washington D.C. [USA], Mar 25 (ANI): Television host Andy Cohen, who is recovering from coronavirus, said that being separated from son Benjamin is the worst part of the quarantine.

According to People magazine, On Tuesday, Cohen gave an update on his health after testing positive for COVID-19.

"I'll tell you what I know from the nanny cam and from video because I can't see him, which is the very worst part. But he's great and his nanny tested negative," Cohen said during an appearance on SiriusXM's 'Jeff Lewis Live' when asked about his 13-month-old son, Benjamin.

Talking about his own health, Cohen mentioned that he goes through bouts of horrible symptoms, including a lack of appetite -- which he joked has translated to a trimmed down figure.

"Two days ago, before I went to bed, I took a shower and I was walking into the shower and I looked at myself and said, 'Holy s--, you look great. I saw a picture of a pizza yesterday; I thought, 'I can't wait to eat pizza. When I get better, I'm going to gain so much weight. It's bound to happen," Cohen further added.

On Friday, the reality show host announced to the world through an Instagram post that he had contracted the virus and would be taking the time to go on a recovery hiatus. (ANI)