De Rossi: Keane and Scholes stood in my way 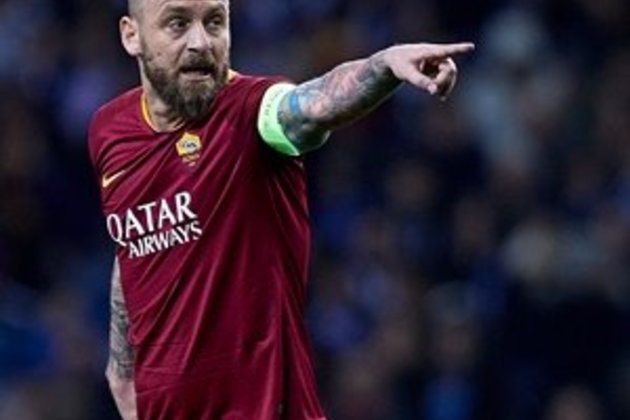 Daniele De Rossi says his ambitions of turning out for Manchester United were dashed by the strength of the club's midfield.

At the peak of his powers, De Rossi was named as the eighth best midfielder in world football, with L'Equipe affording him that title back in 2009.

Ultimately becoming a Roma legend, the former midfielder - known for his stellar 18-year career with the Serie A side - he recently retired from the game after a brief spell in Argentina with Boca Juniors.

It was around five years earlier, however, that the 117 times capped Italy international was linked with a move to United, and while the player says he was tempted by the move, the performances of two men, in particular, put him off from making the transfer.

"Since I was a child I have loved United," De Rossi said in an interview with Sky Sports.

"It was the right choice that I didn't go to Manchester because there was [Roy] Keane and [Paul] Scholes, incredible players. It was really my desire to go to Boca Juniors.

"I never chose to leave Roma, but I felt like a god at Boca."

Prior to his Roma exit, De Rossi was linked with a shock move to Arsenal, while it was also said that Mohamed Salah wanted the midfielder to join up with Liverpool, having enjoyed playing with him in the Italian capital.

After announcing his retirement from professional football, De Rossi has admitted he wants to become a manager next and has not ruled out the possibility of taking charge at Roma.

"I went on a football path that is not unique, but rare," he continued. "Playing 20 years on a team does not happen every day. I can't dream of the same thing if I become a coach, there are no coaches that last so long.

"I would like to coach Roma, but first I have to become a coach and to do it there is a growth path that all young coaches need.

"In a few days I became from an old footballer to a young coach, I see things with a relaxation that you cannot afford as a footballer.

"I'd like to sit on that bench, but I'm in no hurry to make it happen tomorrow. I presume I hope it will happen: it will happen if I have become a good coach and not because I have been a very important player for Roma."