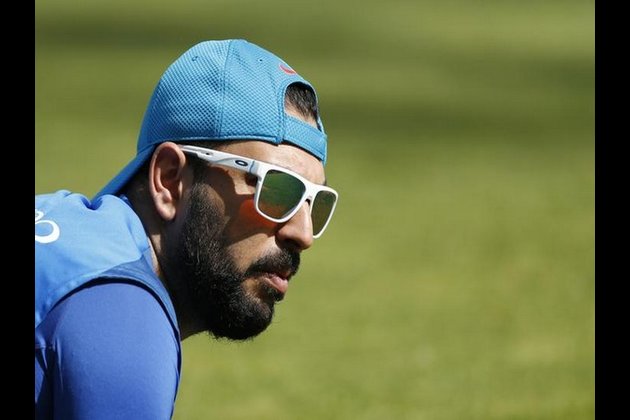 Yuvraj, who was doing an Instagram Live session with former India cricketer Mohammad Kaif, revealed what led to him drastically trying to improve his fielding skills.

"I did not have much idea about fielding when I started out, you do not have much idea about your hand speed and all. During a Ranji match, I ended up misfielding, and the next day an article came in the newspaper which read as 'Gateway of India- Yuvraj Singh', this was seen by my father and then he became determined to improve my fielding," Yuvraj told Kaif during the Instagram Live session.

"This helped me quite a bit, I got better and strong, I thought whenever I was standing at the point position, I will never let the ball slip away," he added.

The Chandigarh-born Yuvraj captured the imagination of world cricket with his gravity-defying fielding abilities and effortless power-hitting.

A career that spanned over 304 ODIs, 58 T20Is and 40 Tests, Yuvraj imprinted his place in the echelons of cricket as a player who could pretty much win matches for his side either through his electric fielding, deceiving bowling or fierce batting.

Big events brought out the best in him -- be it his international cricket entry at 2000 ICC Champions Trophy, the mind-numbing batting exhibition at the inaugural 2007 World Twenty20 or the all-round performance at 2011 World Cup.

Yuvi is renowned for hitting six sixes in an over of Stuart Broad in the ICC T20 World Cup2007 and he was awarded the Player of the Tournament in India's 2011 50-over World Cup triumph. (ANI)