US Economy Plunges 4.8% in 1st Quarter 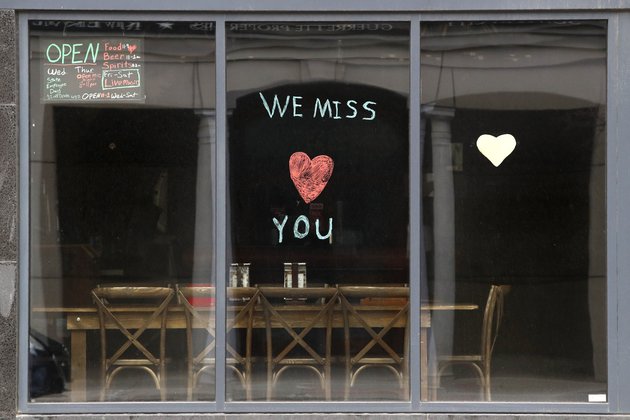 The U.S. economy plunged at an annual rate of 4.8% in the first quarter as the coronavirus pandemic shut wide swaths of American industry and white-collar businesses in the country's biggest downturn in more than a decade, the Commerce Department said Wednesday.

The impact was so pronounced that the decline for the January-to-March period occurred entirely in the last three weeks of March as the effect of the pandemic swept through the world's biggest economy. It forced the closure of major factories with thousands of workers, office complexes and mom-and-pop retail stores in cities large and small.

But the true economic impact of the pandemic won't be known for three months, when second-quarter statistics are released, because the brunt of the worker layoffs have occurred in April. Already, 26 million workers have lost their jobs, with millions more being added to the ranks of the unemployed each week.

Commerce Secretary Wilbur Ross said the report on the country's gross domestic product was weak, "but in line with expectations" from the severe economic impact of the pandemic.

"We continue to have the most resilient economy in the world," Ross said, "driven by innovative and hardworking Americans who have shown that they are willing to make the needed sacrifices to defeat this invisible enemy."

He said massive financial outlays of trillions of dollars supported by Congress and President Donald Trump have established "a firm footing for a swift and strong American comeback. When this chapter ends, America will be both stronger and healthier than ever."

The first-quarter plunge was the country's biggest since the Great Recession from 2007 to 2009. Economists are predicting the second-quarter drop could reach to as much as 30%.

A handful of state governors have gingerly started to ease work closures, telling barber shops, nail salons, restaurants and some stores they can reopen if they want to. The ensuing question is then whether customers are willing to venture into public to patronize the businesses or are too worried about the spread of the coronavirus that has already killed more than 58,000 Americans.

Treasury Secretary Steven Mnuchin said this week that the economy should "really bounce back" this summer as states lift stay-home orders at the same time trillions of dollars in federal emergency spending flows through the U.S. economy.

But most independent economists are much less optimistic. They are questioning whether the lost or diminished parts of the U.S. economy will recover and how soon.

The Federal Reserve, which has already cut key interest rates to near zero, is meeting in Washington and could offer its assessment of the economy in an afternoon statement and announce then any further plans it has to boost the U.S. economy.