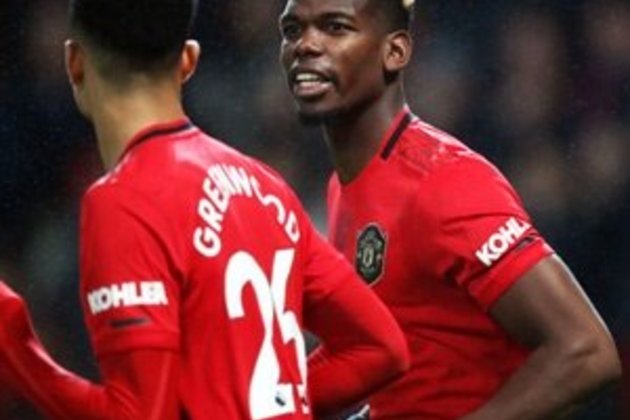 Juventus chief football officer Fabio Paratici says Paul Pogba will have to lower his wage expectations if he leaves Manchester United at the end of the season.

Football's finances are set to be hit dramatically due to the coronavirus pandemic which has halted matches and leagues around the world.

Pogba is on a huge salary at United and would likely expect a pay rise if he left Old Trafford for Juventus or Real Madrid; the two clubs heavily linked with him; this summer.

The France international re-joined Man Utd for Pound 89m in 2016 and it's understood that the Red Devils will be looking a similar fee if they are to sell him in the next transfer window.

Speaking to , Paratici warned Pogba: "Paul Pogba is a fantastic player, we know him as a champion.

"But something will change after the coronavirus crisis because logically the salary demands someone at his level would have had before is now more difficult to get hold of. Or, at least, he'll have fewer clubs prepared to pay that money."

On why Pogba couldn't command the same wage as Cristiano Ronaldo, Paratici added: "Cristiano is a different player to all the others. He brings incredible and exponential growth in revenue, representing a brand that is almost as big as a club.

He continued: "Clubs will certainly have some more difficulties to deal with, so with less income, we'll need to be more creative and elastic, finding a different formula for transfer deals. I expect many exchanges of players, although obviously, we can't use the NBA draft because that is a closed system.

"We should take more from the NBA and American sports in general. After all, the Premier League has this big advantage over the other leagues because they control the brand and represent the whole league rather than individual clubs.

"What we will see is more extended loans, so a two-year loan, even three. Some say we could start the 2020/21 season with the same players as 2019/20, which is also a possibility.

"There will certainly be less cash circulating and that's obvious to everyone. We are going through a difficult moment globally, not just in football, and the consequences will be felt everywhere. Therefore, I think we'll see longer loans because rather than purchase homes, people are more likely in a time of uncertainty to rent.

"I believe that if we exchange players between the top 12-15 clubs in the world, the value of the transfers won't drop. When purchasing a new player, that's a different matter and we can see a fall in the fees."