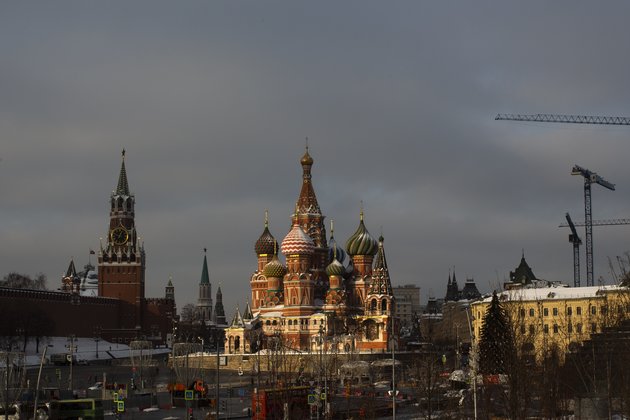 RIM adheres to an ultranationalist ideology and aims to bring Russia's tsarist rule back. The group is known for disseminating anti-Semitic and anti-LGBT rhetoric on its online networks.

"The Russian Imperial Movement is an organization that has very likely thousands of members, an organization that trained two individuals who then later carried out terrorist attacks in Sweden," said Jason Blazakis, the director of the Center on Terrorism, Extremism and Counterterrorism at the Middlebury Institute of International Studies in California.

Over the years, RIM has been able to persuade foreign white supremacists from various countries to visit the group's camps in St. Petersburg for combat training, Blazakis told VOA. The group's capacity and intent to carry out terrorist activities make it a major threat, he added.

RIM was established in St. Petersburg by Vorobyev in 2002. The group reportedly has two training camps in St. Petersburg that are run by its paramilitary unit called Partisan. Neo-Nazis and white supremacists gain combat experience there before relocating to conflict zones.

The group's second paramilitary unit, the Imperial Legion, has been found fighting on the side of pro-Russia separatists in the war in eastern Ukraine. An April report by the Soufan Center concluded that the Imperial Legion has sent its fighters to other conflict areas, including Syria, Libya and the Central African Republic.

"This group has innocent blood on its hands," Nathan Sales, the coordinator for counterterrorism at the U.S. State Department, said during a teleconference following the U.S. ban on the group in early April.

Viktor Melin and Anton Thulin, identified as the two perpetrators of the Gothenburg bomb attacks, targeted asylum centers and seriously wounded a man. Swedish authorities said the men were members of the Nordic Resistance Movement (NRM), a neo-Nazi group aiming to create a pan-Nordic nation.

"At the conference, there was a resolution to try to coordinate Russian and European conservative elements," Magnus Ranstorp, a research director at the Swedish Defense University, told VOA.

Some observers of RIM claim the group has made similar moves elsewhere by sending its representatives to sympathetic foreign organizations. In 2017, RIM representative Stanislav Shevchuk reportedly visited Washington, D.C., and Gettysburg, Pennsylvania, to join a far-right rally.

"It was the first time that we had a meeting on the U.S. soil of the American white nationalists and then the members of the Russian far right nationalist community," Casey Michel, an investigative journalist who covered RIM's American ties, told VOA.

He said Shevchuk then met Matthew Heimbach, the head of the far-right Traditionalist Worker Party, in Washington. The two were seen in a photograph holding a Russian imperial flag in front of the White House.

Contacted by VOA about the alleged ties between RIM and the Traditionalist Worker Party, Sales, of the State Department, said U.S. officials were aware of such reports, without providing more information.

"Any group whose leaders or members have visited the United States or any group that has sought to recruit Americans into its twisted causes is a matter of grave concern," Sales said.

Russian officials have condemned the U.S. embargo on RIM, calling it a part of "the Russophobia of the U.S. establishment."

"Since Washington has not substantiated its decision with convincing and detailed information, we have the impression that it was made primarily for propaganda purposes and has little to do with cooperation in countering international terrorism," Russian Foreign Ministry spokeswoman Maria Zakharova said in a press briefing in April.

Some experts said Russian intelligence units such as the Federal Security Service are likely aware of RIM activities but allow it to operate for short-term benefits.

The "Kremlin knew what the Russian Imperial Movement was doing, and it never hid what they were doing," Anton Shekhovtsov, a Vienna-based senior fellow at the Free Russia Foundation, told VOA.

RIM's recruitment efforts and pledge to send members to combat zones were "beneficial to the Kremlin in its aggression against Ukraine," Shekhovtsov said.