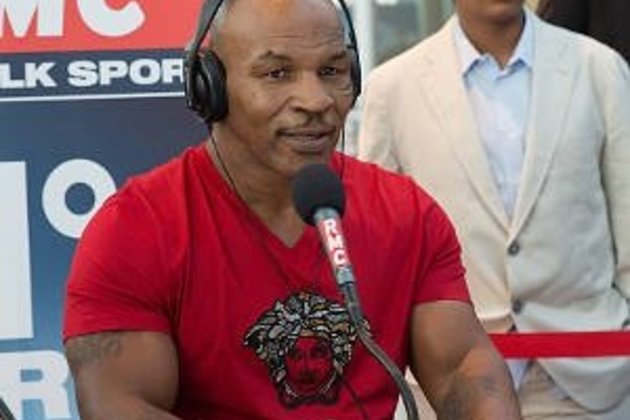 However, a new Daily Mail report states that celebrity agent Max Markson, who brought Tyson to Australia in 2012 and was negotiating with his handlers on behalf of Amatruda, had received a message from Tyson's team saying the American wasn't interested because of the quality of the suggested opponents.

The message reportedly said: "Mike read the story that he would be fighting a rugby player. He has said he would not do that as it would be an insult to boxing. He says if he does get back into the ring it will be with a real boxer."

Tyson, now 53, recently revealed he wanted to return to the boxing ring in charity fights. He has been training for the last three weeks under MMA coach Rafael Cordeiro.

Reports added Amatruda had offered Tyson $3 million to fight Down Under.

Williams, who played rugby union and rugby league for New Zealand, has seven professional boxing fights under his belt.

He has won them all, including one against South African heavyweight Francois Botha in Brisbane in February 2013.

However, the South African, nicknamed "White Buffalo", was left fuming after he lost on points in their WBA International heavyweight bout.

Cut short from the original 12 rounds to 10, Williams looked in control for most of the fight.

Botha, however, hit out at officials after the decision was made to shorten the bout, with the South African looking to have worn out Williams by the end of the 10th round.

"You know I love Sonny Bill, I think he's a great guy, a gentleman, but this was bulls**t," Botha said in an interview after the fight.

"If you look at the crowd, you know who won. You've got to win fair and square, not with the advantage of the judges, you've got to fight. According to me I won, hands-free."