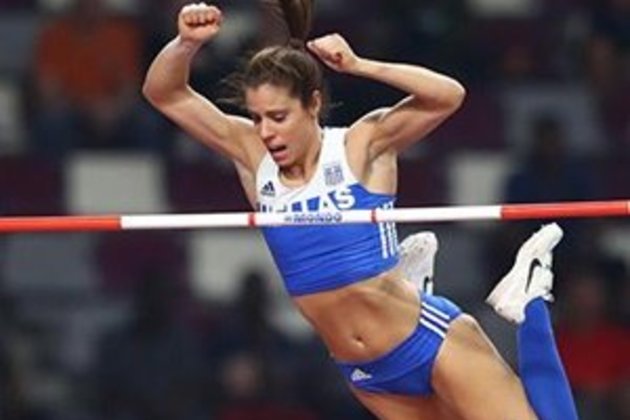 The showdown was the second round of the so-called 'Ultimate Garden Clash', a response to the cancellation of meets caused by the coronavirus pandemic.

Between them the men cleared a bar fixed at 5 metres, 98 times in 30 minutes, with Lavillenie and Duplantis tying with 36 successful vaults.

Since, unlike the men, the women did not have back-yard jumping pits, they competed at their training bases with the help of a few relatives: Greek Stefanidi in the sweltering heat of an Athens afternoon, Katie Nageotte in the morning before Marietta, Georgia, heated up and Alysha Newsman in the cool of the Toronto area.

The bar was set at 4 metres, some distance off the world record of 5.06 metres, but the women failed in their goal of recording more "makes" than the men, finishing with a total of 85.

Stefanidi, following a metronomic rhythm, was on course to record more clearances than any of the men, but lost time in the final minutes as she struggled to put the bar back on her own, as the rules require, after a failure and finished with 34 successful vaults.

"Renaud said he was very sore for a long time and I can imagine, I can already feel it," Stefanidi said.

But, she added, the exhausting race against the clock is "a great way to shut our brains, and sometimes you need to just do that in pole vault instead of thinking too much".