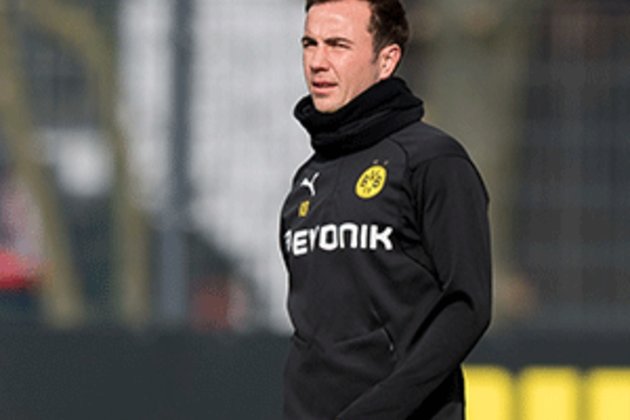 Borussia Dortmund sports director Michael Zorc confirmed on Saturday that Mario Goetze, who scored the winning goal in the 2014 World Cup final, will leave at the end of the season.

"We will stop working together with Mario Goetze in the summer," Zorc told Sky before Saturday's Bundesliga game away to Wolfsburg.

"It is a joint decision after a constructive conversation. Mario is a really good guy."

The decision caps a frustrating season for the 27-year-old attacker, who has made only five league starts this term.

Goetze wrote himself into German football folklore by volleying home a cross during extra time in the 2014 World Cup final to seal a 1-0 win over Argentina at Rio de Janeiro's Maracana stadium.

Six years on, Goetze has struggled to replicate the displays that once prompted former German FA technical director Matthias Sammer to describe him as "one of the best talents we've ever had".

Having come through the academy, Goetze helped Dortmund win the league and cup double in 2011 and 2012 before he left for Bayern Munich in 2013.

However, he failed to hold down a first-team place in Munich and returned to Dortmund in 2016. The following year he was then sidelined for several months by a debilitating metabolic disorder.

Goetze made his 200th appearance for Dortmund on the opening day of this season, but he has featured sparingly since the arrival of Erling Braut Haaland in January.

On Friday, Dortmund coach Lucien Favre admitted it would be "difficult" for Goetze to win a place, while Germany legend Lothar Matthaeus last month urged him to quit the Bundesliga to reboot his career.

"Today, his way of playing football is no longer in demand," Matthaeus wrote in a column for Sky.

"Above all, he lacks the speed to keep up with the football that Dortmund and many other top clubs play.

"It's quite possible that Italy would be a suitable league for him," added Matthaeus.

CANBERRA, Australia - Australian Federal Police said Wednesday they were dropping an investigation of a prominent journalist who obtained classified ...

Obamagate is the latest conspiracy theory to be pushed by U.S. president, Donald Trump. It started on the morning of ...

PARIS, May 26 (Xinhua) - French President Emmanuel Macron on Tuesday vowed to massively back the auto sector to help ...

Tensions between Beijing and Washington add to world's Covid-19 woes

BEIJING, China - China said on Sunday that its relations with the United States were "on the brink of a ...