Gunjan Saxena: The Kargil Girl to premiere on Netflix 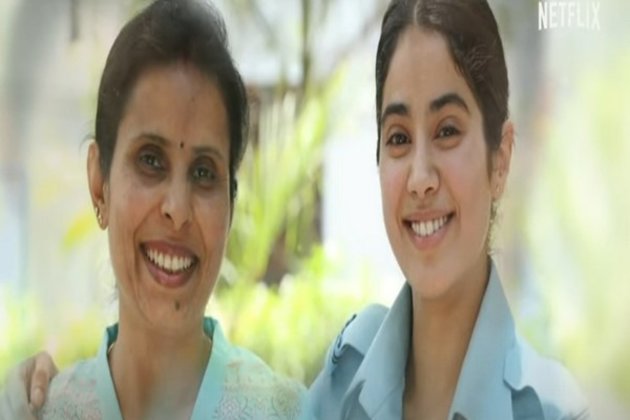 Taking to Twitter, Johar wrote: "Her inspirational journey made history. This is her story. Gunjan Saxena - TheKargilGirl, coming soon on Netflix. GunjanSaxenaOnNetflix.

The one-minute and 11-second video, with a voice-over by Janhvi Kapoor, has pictures of Gunjan Saxena, with family and her milestone moments.

"Gunjan Saxena, a young girl from Lucknow with a big dream...she wanted to grow and become a pilot," says Kapoor in the background, while childhood pictures of Saxena are seen.

"But she lived in a world that believed girls can't even drive cars...would that world let Gunjan fly a plane? But she didn't care about the world ....she just trusted her father..who always told her 'whether it's a man or a woman flying the plane, both are called pilots!'," says the voice-over.

The movie has Janhvi portraying a real-life person for the first time in her career.

Saxena, who is one of the first female pilots to fly in combat, played an important role in rescuing injured soldiers during the Kargil War in 1999 and was awarded the gallantry Shaurya Vir Award for displaying courage during the war.

The upcoming biopic is produced by Dharma Productions and Zee Studios. (ANI)