Lothar Matthaus: Haaland can be as good as Lewandowski 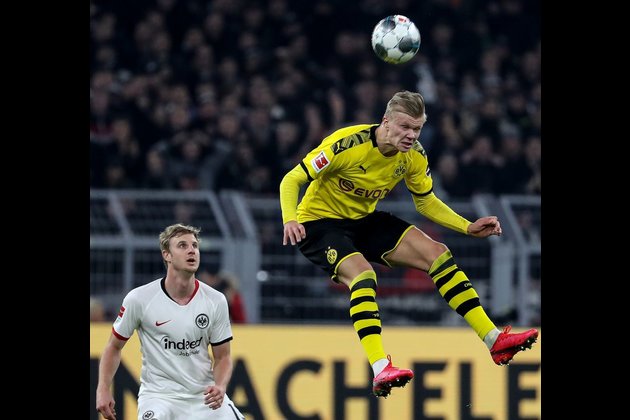 19-year-old Erling Haaland is a candidate for one of the world's best strikers in the future, Bayern Munich legend Lothar Matthaus said.

WARSAW, June 9 (Xinxua) - Bayern Munich legend Lothar Matthaus praised Borussia Dortmund striker Erling Haaland in the interview for Polish paper Przeglad Sportowy on Tuesday and he insisted that "the Norwegian can be one of the best strikers in the world in the future".

The 19-year-old made a perfect start in Bundesliga to score 16 goals in 14 games following his January switch from Red Bull Salzburg. Former Bayern Munich captain Lothar Matthaus is impressed with Haaland's form but he appealed for not to put too much pressure on the Norwegian's shoulders.

"He is a candidate for one of the best strikers in the world, but we all should stay calm. Haaland is at the beginning stage of his career, we'll see how it goes in the coming years. For now he is in the right place at the right time", Matthaus was quoted as saying by Przeglad Sportowy.

The German compared Haaland to Bayern Munich forward Robert Lewandowski. "One day he can become as good as the Pole but there is still a long way to go for him. Let's remember that Lewandowski also increased his skills at Dortmund", added Matthaus.

There are some rumors that Borussia may be obliged to sell Haaland at the end of the season due to a 75 million euro release clause in his contract. However, Matthaus urged the young striker to stay in Germany.

"He should play in Bundesliga in the next season, maybe two, and then think about taking the next step in his career and looking for a bigger club. Borussia is the second best team in Germany, Dortmund has a great atmosphere at matches. At this point, Haaland needs nothing more", claimed the former Bayern player.

The German Bundesliga is the first major league who returned to play after COVID-19 break.

"The whole football world was looking at what would happen in Germany. Everything is going our way, which is a positive signal for other leagues that may follow in the footsteps of the Bundesliga", concluded Matthaus. ■