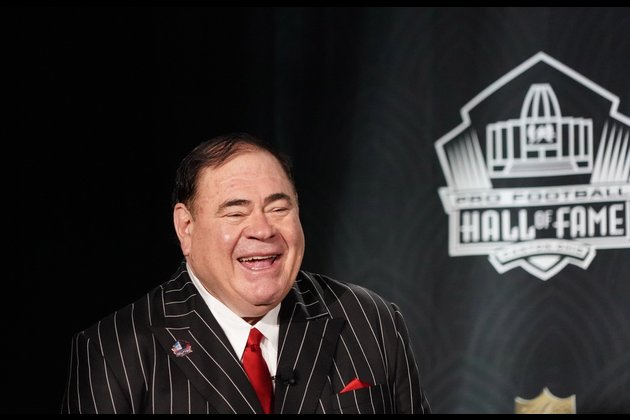 Canton intends to welcome the Class of 2020 to the Pro Football Hall of Fame in August, one way or another.

Hall of Fame president David Baker said plans are going forward for the Hall of Fame Game to be played Aug. 6 and the typical induction ceremony, with fans, on Aug. 8.

"Our plan right now is to go forward as if we're going to have a full ceremony ... just like we normally would," Baker said. "But we also have really five contingency plans that stretch from delaying it for a couple weeks to going all the way to next year. We have had to run financial analysis on that and we have like 17 different partners -- including the NFL Network, ESPN and NBC -- and so we've had to work it through with those partners. Kind of like the game itself, we have a game plan. We're preparing to move forward. But we're also ready, if we have to call an audible, to go to any contingency."

The Pro Football Hall of Fame reopened on Wednesday for the first time since the coronavirus pandemic forced the museum to close for three months.

Baker said the Hall of Fame Game between the Dallas Cowboys and Pittsburgh Steelers sold out in 22 minutes, which is noteworthy considering tickets went on sale 36 hours after the sports world collectively came screeching to a halt on March 11.