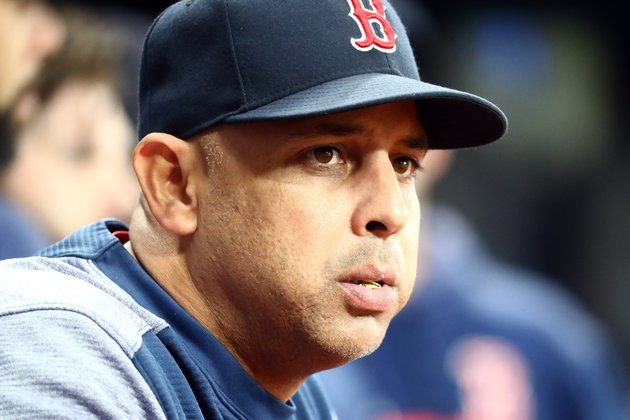 Alex Cora is accepting responsibility for his role in the Houston Astros' sign-stealing scandal, but he said Thursday that he is tired of the chatter that it was just he and then-player Carlos Beltran behind the infamous scheme.

Particularly bothersome is that then-Houston general manager Jeff Luhnow fingered him as the ringmaster.

"If there is one thing I am absolutely sure of, it is that it was not a two-man show," Cora, who is currently suspended from MLB, told ESPN. "We all did it. And let me be very clear that I am not denying my responsibility, because we were all responsible."

The scheme that was devised to inform batters of what pitch was coming was used throughout the 2017 season, which was the year when the Astros won the World Series. Cora was Houston's bench coach that season.

After Major League Baseball released results of its investigation prior to the 2019 season, Cora parted ways with the Boston Red Sox after guiding that organization to the 2018 World Series title in his first year as manager.

The Red Sox were later found by MLB to have used their replay room as part of a sign-stealing system during the 2018 season.

"There has been a narrative out there of what happened (in Houston) ," Cora said. "Ever since mid-November until the commissioner announced the results of the Red Sox investigation, I have read many things that are true and many others that are not. Out of this whole process, if there is one thing that I completely reject and disagree with is people within the Astros' organization singling me out, particularly Jeff Luhnow, as if I were the sole mastermind.

"The commissioner's report sort of explained, in its own way, what happened. But the (Houston players) have spoken up and refuted any allegations that I was solely responsible."

Cora was suspended by MLB in April for his transgressions with the Astros. He will be eligible to return to the dugout in 2021 but told ESPN he is more worried about taking care of his personal life and family right now.

He has kept a low profile since receiving his punishment, and he said that was by design.

"Out of respect for the investigation, I decided to stay out of the spotlight. Talking about it wasn't going to change anything," Cora said. "I deserve my suspension and I'm paying the price for my actions. And I am not proud of what happened.

"We made a mistake as a group, the entire (Astros) team. What happened was something that, if you ask anyone involved, no one is proud of it. We're all at fault. Everybody. We're all responsible. Everyone who was part of the team from around mid-May until the end of the season, we are all responsible."

The commissioner's report also led to the New York Mets parting ways with recently hired Beltran before he managed his first game.

Commissioner Rob Manfred also fined the team the maximum allowable amount of $5 million and took away the Astros' first- and second-round draft picks in 2020 and 2021.

As for Boston, the club forfeited a 2020 second-round draft pick, and replay operator J.T. Watkins was suspended for one year after MLB determined he utilized game feeds in the replay room to "revise sign sequence information that he had permissibly provided to players prior to the game."