The Best of News24: Bosasa and sunflowers in the North West 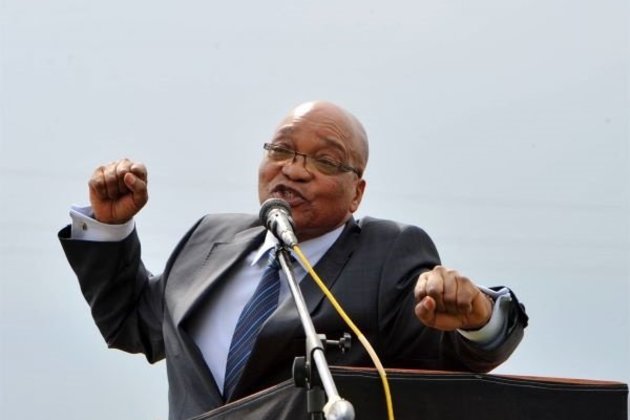 Read some of Cowan's stories here:

Dubai: The Guptas' city of shells

As the rabbit hole around the Gupta Leaks revelations got deeper News24 investigative journalists Pieter-Louis Myburgh and Angelique Serrao travelled to Dubai in October 2017 to see what the Guptas' new base was like. They hoped to gain a deeper understanding of the mechanics of their network of shell companies, through which money from, among other places, the Free State diary project had also been washed. What they found were non-existent plots, empty office buildings and confused employees where thriving businesses were supposed to be.

During the course of reporting on a number of crimes and gang-related activity unfolding in the Western Cape and beyond, it became apparent it was all connected and resulted from an ongoing battle for the control of the nightclub security industry. Investigative reporter Caryn Dolley had been covering Cape Town's underworld for years and discovered that the nightclub scene spiralled further into a dark world of drugs, arms and ammunition and that at the centre of the turf war was Nafiz Modack, the latest kingpin to have seized control of the industry. Modack was often in court on various charges, including extortion. Dolley carefully connected the dots, telling the story of the underworld.

Read some of Dolley's stories here:

The unimaginably underhanded dealings in the police

The hotly contested battle for the leadership of the ANC in 2017 led to a showdown at the political party's national conference in Johannesburg, dubbed "The Battle of Nasrec". Deputy President Cyril Ramaphosa was up against former AU chair Dr Nkosazana Dlamini-Zuma for presidency of the party, and by extension, the country. The two candidates represented opposing factions in the ANC, the latter put forward as a proxy for then president Jacob Zuma and his faction. News24 covered the build-up to the conference in a year of political mudslinging and smear campaigns, ultimately leading to a conference of high drama, where Ramaphosa narrowly beat Dlamini-Zuma by 179 votes.

SEE HOW IT UNFOLDED - #ANCVotes

The fall of Zuma

"I have... come to the decision to resign as the president of the republic with immediate effect." With these words ended the presidency of arguably the most controversial man in democratic South Africa's history. On Valentine's Day 2018, roughly two months after Cyril Ramaphosa was elected president of the ANC, Jacob Zuma resigned as president of the country. Ramaphosa's election over Nkosazana Dlamini-Zuma at Nasrec was the death blow to Zuma's hold over the party and left him with no choice but to resign, and sending him into the political wilderness. He was subsequently charged with corruption, including more than 700 counts of fraud and money laundering.

Read Mpumelelo Mkhabela's piece on the Zuma era: Mistake of the Nation | The lost decade of Zuma rule

The road to the Springboks' third Rugby World Cup victory against England in Yokohama, Japan was not without drama. From injuries ruling out key players, to the controversy off the field with Eben Etzebeth's fracas in Langebaan, to controversial selections, Sport24 covered the tournament from every angle, with live updates, match reports, post-match interviews and analysis.

During the tournament, coach Rassie Erasmus fielded heavy criticism for the team's box kicking, set piece and defence strategies and scrumhalf Faf de Klerk was especially criticised for his kicking game. In a talk show called The Ruck, the Sport24 team unpacked the team's game plans and performance with journalists Lloyd Burnard and chief writer Rob Houwing, for all-round coverage on the tournament of the year.

When it became apparent that the death of a teenage boy in the small town of Coligny was more than just another statistic, the nation was gripped by the events unfolding in the North West farming community with deep racial divisions.

News24's special documentary explored what hid beneath the fractured town with the thinly papered over cracks.

When the government proposed a tax of 20% on sugar sweetened drinks in 2016, the IRR, an independent think tank, released a policy paper, entitled , with a clear message: The proposed sugar tax should be abandoned. The IRR used the paper to engage with National Treasury about the economic impact a sugary tax will have in South Africa should it be introduced.

Shortly after, Fin24's Adiel Ismail revealed that the IRR's paper had been funded by Coca-Cola, which stood to lose millions if such a tax was imposed. Neither the IRR nor Coca-Cola publicly disclosed the funding source until Fin24 queried it. A week before, alleged leaked emails exposed the corporate giant's worldwide war against sugar taxes on cold drinks.

As the very real and ever-worsening problem of water restrictions in the face of drought in the Western Cape became inescapable, the once distant possibility of reaching "Day Zero", the day the city would run out of water, became a reality. Strict water restrictions were put in place across the Western Cape, with Capetonians limited to 50 litres of water usage per day.

When News24's multimedia journalist Aletta Harrison went to interview City of Cape Town deputy mayor Ian Neilson about the situation, he seemed stumped and said: "If those are all Day Zero questions, this is the wrong time to ask me." The video of the interview went viral and Neilson was lambasted for his out of touch responses to Harrison's questions. He later said he had been on the job for "just three days" when the interview about Day Zero took place.

While Cape Town still had a small window of opportunity to come up with solutions, Beaufort West, "capital of the Karoo" and "the driest town", had already run out of time. News24 travelled to the small town to speak to those affected by the drought.

In what was only going to be a routine talk about his acclaimed new film, Vice, Oscar winner Christian Bale opened up to Channel24's Herman Eloffabout his South African family and his time in the country that had never been revealed before. "I know Cape Town well. My dad was born in Cape Town... and my grandfather was also down there, I only met him briefly towards the end of his life. I actually came down to Cape Town for that purpose of meeting him," said Bale in the wide-ranging interview.

is a compilation of 30 articles by South Africa's foremost thought leaders and captains of industry in the fields of the economy, health, science and politics. It looks forward to the South Africa we need after we've defeated Covid-19 and suggests innovative socio-economic and political reforms.

With the Covid-19 pandemic increasingly becoming an economic crisis, it became clear that South Africans needed to think long-term to what the country should look like after the virus had gone. The project sourced and distilled a range of theories and ideas to open readers' minds to the possibilities of a post-Covid world and to participate in shaping that future. It was received to high acclaim and was turned into an e-book by Jonathan Ball Publishers.