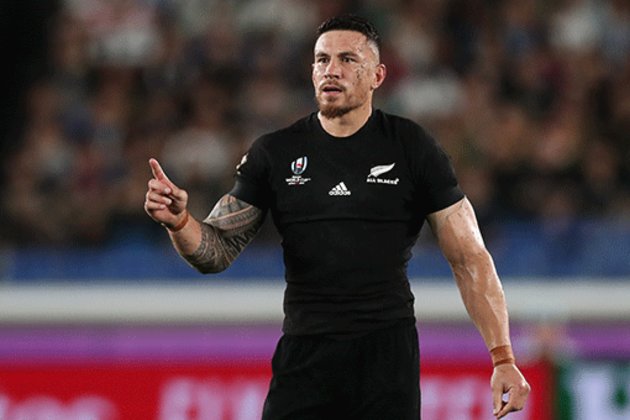 New Zealand rugby superstar Sonny Bill Williams is on the verge of a shock return to the Sydney Roosters, the rugby league club's coach Trent Robinson revealed on Friday.

But the Canadian team this month temporarily withdrew from English rugby league's top flight due to financial problems as a result of the coronavirus pandemic.

That has left Williams at a loose end and Robinson is confident he will return to the Roosters, where he played in 2013-2014.

"We're down the track in discussions with Sonny," Robinson said on the club's official website.

"There's a few things that need to be done to get it sorted but conversations are clear... it's just all the details that need to get sorted with how it's going to work.

"Travel won't be until next week, it's hard to get flights back, and then a quarantine period and training period."

Robinson added: "He's a Rooster and he's going to add value in some really key areas."

But some hurdles still need to be cleared. Williams holds a New Zealand passport and would need a special exemption to travel directly to Australia with his wife and children under the nation's coronavirus rules.

He must then serve 14 days in quarantine on arrival in Sydney, meaning he would only be available for the last four or five games of the season.

Williams played 58 times for the All Blacks, winning not only the two World Cups but numerous Bledisloe Cups and Rugby Championships. Other honours include a Super Rugby title and two NRL premierships.

He also triumphed in all seven of his professional heavyweight boxing bouts, winning the New Zealand title in 2012.