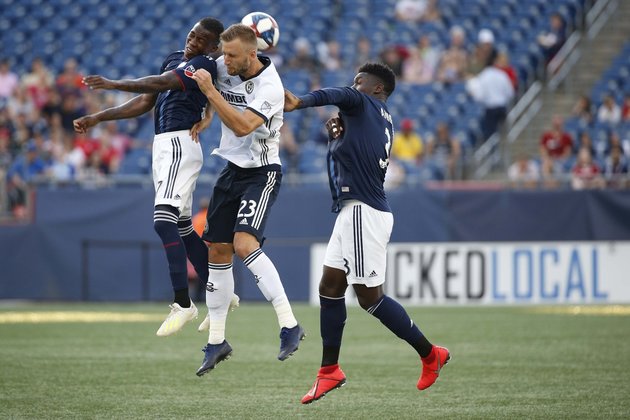 The New England Revolution and Philadelphia Union enter their Round of 16 match at the MLS is Back Tournament on Saturday night knowing they each need to improve their play in the offensive end if they are going to make a deep tournament run.

The Revolution (1-1-3, 6 points) reached the last 16 as the second-place finisher from Group C despite scoring only two goals in the round robin, those coming in a 1-0 victory over the Montreal Impact and a 1-1 draw against D.C. United.

Some of that may be to the absence of playmaker Carles Gil for the last 118 minutes of group play, as he continues to deal with a foot injury that had also sidelined him for the opening two games of the MLS season before the COVID-19 pandemic halted play in March.

Gil is probably out again for New England, leaving coach Bruce Arena without the man of the match from his side's only victory so far at the ESPN Wide World of Sports Complex near Orlando. The Revs drew 0-0 with Toronto FC in their group finale without Gil.

"We played against Toronto on Tuesday without Carles and if we need to play on Saturday without him that's the way you go on and do your business in sports," Arena said. "Unfortunately, I don't have control of injuries, and timeframes and coming back and all of that. So we're just going to go about doing our business every day and if we get him back, we get him back."

The Union (2-1-2, 8 points) were a bit better offensively, scoring four times in three matches while taking second in Group A based only on an inferior goal differential to Orlando City

Alejandro Bedoya has a goal and an assist, and Brenden Aaronson has two assists for coach Jim Curtin's side, which is trying to build upon a third-place finish in last year's Eastern Conference standings.

Four different players have scored for the Union, perhaps a sign they haven't truly found a rhythm yet with their forwards. Kacper Przybylko is the only Union striker to have found the net so far.

"We've done some really good things, you've seen some great counterattacks, some good stuff playing out of the back," Bedoya said. "But just final ball, the final movements in and around the box have been kind of lacking."