No one deserves success more than Jordon Henderson: Adam Lallana 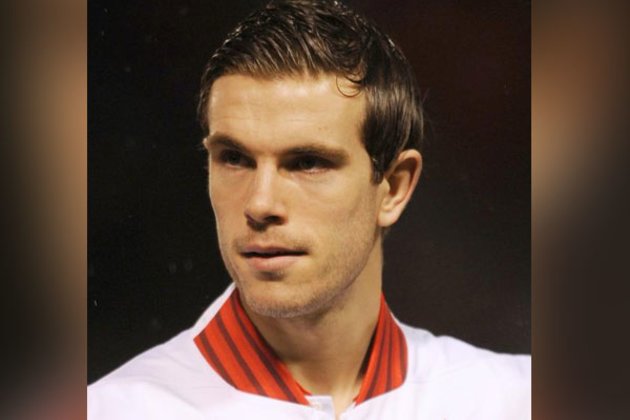 Over the years, Lallana has developed a close friendship with the 30-year-old Henderson, having played alongside him for the entirety of his Liverpool career.

In the last 12 months, Henderson has managed to lift the Champions League, Super Cup, World Club Cup, and now the Premier League.

He has also received the Football Writers' Association Footballer of the Year award.

"Having been with Jordan throughout the whole journey I've been lucky enough to be alongside him when he had his dark moments and a couple of injuries that he's had. He's also been alongside me in my dark moments, injuries. We always come back to injuries. It's not just defeats that are dark moments, it's injuries as well," the official website of Liverpool quoted Lallana as saying.

Lallana then cited the example of the game against Sevilla as to how Henderson used to take responsibility for the losses as well.

"There was one game when we lost, well we drew 3-3 away to Sevilla. I say we lost because it felt like a defeat. I just remember he had his hood up and he kind of took the brunt of that result, took full responsibility. We were 3-0 up at half-time and it finished 3-3, and just hearing him say as captain -- That can't happen, I've got to be responsible and I'm responsible for that being a Liverpool captain," Lallana said.

"Just to hear how honest he was, I was thinking -- Are you crazy to be taking that responsibility? It's the team's responsibility and we've not even lost the game. But, that just epitomises his selflessness and how much responsibility he takes for this football club in the bad moments. That's why he deserves this more than anyone else. He deserves to be captain of Liverpool holding the four trophies in one season more than anyone else and no-one can take that away from him, ever," he added.

Liverpool has already secured the Premier League 2019-20 season as the side has an unassailable lead at the top.

The side was presented with the Premier League trophy after the match against Chelsea on Wednesday.

Liverpool will take on Newcastle United in their final league game on Sunday, July 26. (ANI)