'We are group of legends': Lallana on Liverpool 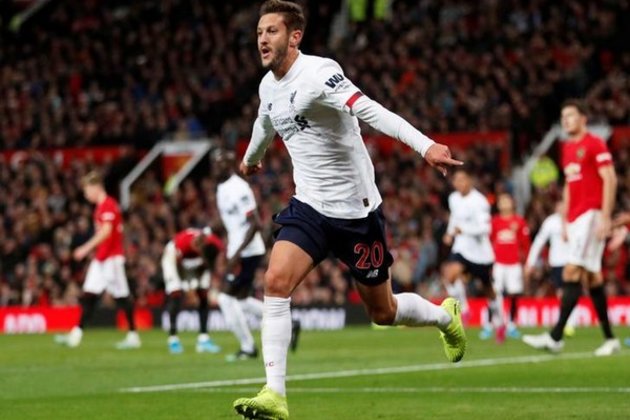 Liverpool [UK], July 25 (ANI): Liverpool's Adam Lallana believes that the side is made up of a group of legends and this is the main reason, the Reds have managed to lift the Premier League trophy for the 2019-20 season.

Lallana's tenure with Liverpool will come to an end next week as his contract is set to expire after the side's final league game this season.

"We are a group of legends, I can definitely see that. It's not due to one or two individuals as to why we have been so successful, it really is the infrastructure and the manager has created that," the official website of Liverpool quoted Lallana as saying.

"He's recruited, he's let people go when he's seen them fit or necessary, he's moulded and created the culture that breeds throughout Melwood now," he added.

Lallana also picked lifting the Premier League trophy this Wednesday as the biggest highlight of his stint with Liverpool.

"On Wednesday night I really do feel like I've contributed to this season. Maybe not all the time on the pitch but I've had important moments. My goal at Old Trafford was lovely, I enjoyed it, but there have been big moments as well coming off the bench seeing games out. It's over the course of a season, so everyone plays their part," Lallana said.

In the last 12 months, Liverpool has managed to lift the Champions League, Super Cup, World Club Cup, and now the Premier League.

Liverpool has already secured the Premier League 2019-20 season as the side has an unassailable lead at the top.

The side was presented with the Premier League trophy after the match against Chelsea on Wednesday.

Liverpool will take on Newcastle United in their final league game on Sunday, July 26. (ANI)