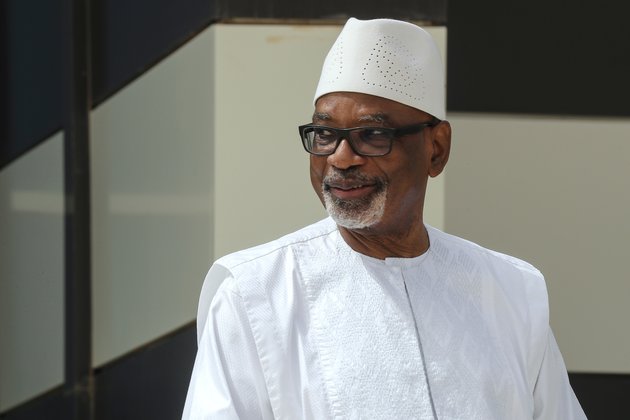 PARIS - Opposition leaders in Mali are rejecting a plan by ECOWAS, a grouping of West African governments, to end the country's spiraling crisis, and are insisting that Malian President Ibrahim Boubacar Keita resign. This announcement came as West African leaders on Monday called for the creation of a unity government in Mali and a fresh vote after disputed elections, but warned of sanctions against those opposing efforts to end the crisis.

In a statement issued after a video conference, heads of the 15-nation regional bloc ECOWAS stood by Malian President Ibrahim Boubacar Keita but called for a unity government to be "established rapidly" and urged the opposition to join it.

Late Monday, Mali's presidency tasked a short cabinet of six ministers with negotiating with the parties involved to form a broader unity government

But on Tuesday, Malian opposition officially rejected ECOWAS' plan. The M5 Movement and its partners say President Ibrahim Boubacar Keita must resign to stop the demonstrations. This announcement came as West African leaders on Monday said the country's constitution must be respected.

The opposition's insistence complicates efforts to ease Mali's growing crisis, which has seen thousands of protesters taking to the streets in recent weeks, in a country that has for years been battling Islamic extremists.

Niagale Bagayoko is a lead researcher and chair of the African Security Sector Network. She says ECOWAS commitment to the rule of law is consistent with its diplomatic efforts over the past few years.

"ECOWAS tends to consider that there is absolutely no way to accept any unconstitutional change of government," Bagayoko said. "Today, there is support to the suggestions made by the former president of Nigeria, Goodluck Jonathan, during his mediation mission one week ago."

ECOWAS urged the June 5 Movement -- leading the protests -- to participate in the talks, in what the grouping described as a "spirit of patriotism."

West African leaders also asked an ECOWAS commission "to consider sanctions against all those who act contrary to the normalization process of the crisis."

A tougher approach that might trigger new protests after the truce, which will end on Friday with the Eid Celebrations, July 31st. That is according to Gilles Yabi, the founder of WATHI, a Senegal-based civil society organization that describes itself as a citizen think tank in West Africa.

"I do not think threatening the use of sanctions, at this stage, would be helpful for this process," Gilles said. "I am afraid that after Eid's celebrations you could expect more demonstrations or at least rising tensions in the country and I think it would have been a good for ECOWAS to work towards creating a more favorable environment for political dialogue within the country.The UN Security Council endorsed the effort of ECOWAS and voiced "deep concern" over the crisis.

Security Council members "urged the Malian parties to act on these recommendations without delay in order to resolve the tensions," a statement said.