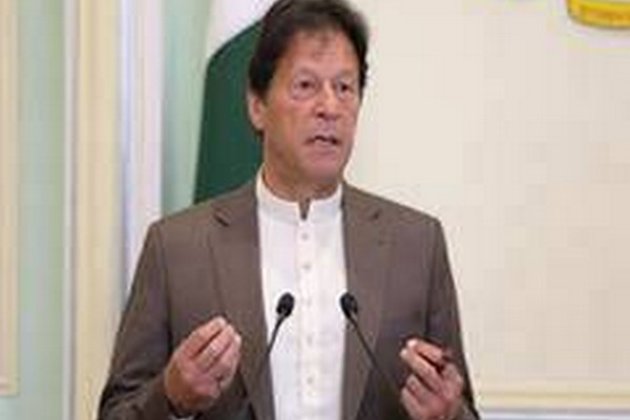 New York [USA], August 3 (ANI): Pakistan has been known for strangling press freedom by imposing censorship or arresting journalists over bizarre reasons. The recent abduction of Mattiullah Jan, a reporter and a critic of Prime Minister Imran Khan's party, has again brought forth Khan's attempts to control the country's media.

The New York Times reported that on July 21, Jan was abducted by several men, some in plain clothes, others in counterterrorism police uniforms. He was dragged from his car, bundled him into one of their vehicles and sped away.

According to a security camera located near the scene of the abduction, the police's involvement was clearly visible. They were seen working alongside men in civilian clothes who are believed to be Pakistani intelligence officers.

With the release of the footage, a campaign was launched resulting in Jan's release 12 hours later. However, he reportedly released a statement saying he had been abducted by forces that are "against democracy."Another recent example of Khan's attempt to control the media is the case of Mir Shakil-ur-Rahman, owner-editor of Jang, the nation's most powerful media conglomerate.

According to an article in The Washington Post, Rahman's arrest was so unexpected that he did not obtain pre-arrest bail when responding to the summons by the National Accountability Bureau (NAB) office in Lahore.

Amjad Pervaiz, Rahman's defence counsel, was quoted as saying that the "undue and unholy haste" of the arrest, which occurred on the same day the inquiry was authorised, violated the NAB's own protocols.

Similarly, shortly after Khan's forming the government Talat Hussain, a former Geo TV news anchor and a critic of the military and government, was fired.

According to Hussain, his company fired him under the pressure from the military shortly after Khan winning the election.

"We have dealt with fairly tyrannical regimes that were elected and dealt in repression, but it was episodic...This time it is structural and complete and it's hard to breathe," he said.

Disappearances are a tool of terror, used not just to silence the victim but to fill the wider community with fear," said Omar Waraich, the head of South Asia for Amnesty International.

"In Pakistan, the military's intelligence apparatus has used disappearances with impunity," Mr. Waraich said, adding: "Civilian politicians look on helplessly, affecting concern and promising to investigate. Unable to uphold the rule of law as Imran Khan vowed to do, their authority erodes."Pakistan has for several years continued a poor track record on press freedom. The 2020 world press freedom index compiled by Reporters Without Borders has reported that Pakistan slipped six spots since 2017 to 145th place out of 180 countries.

The situation in the country has reportedly worsened under Khan's administration. Though present Prime Minister Imran Khan is an Oxford-educated former cricket hero, his party has been seen more aligned with the nation's powerful military than any past elected government.

The New York Times reported that in the last five years, as many as 11 journalists have been killed in Pakistan, seven of them since Khan was sworn in as the country's PM.(ANI)