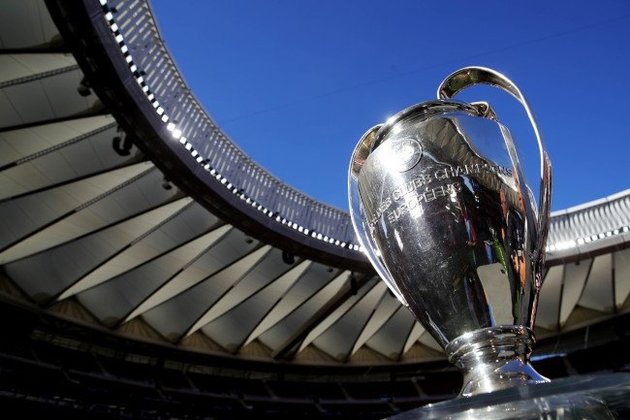 Football supporters would usually flock in huge numbers to the city hosting the finale of the Champions League, but this time it is set to be a different experience for fans who have decided to come to Lisbon for the 'Final Eight' despite the coronavirus pandemic.

For the first time, as an exceptional measure because of the health crisis, all matches from the quarter-finals onwards of the world's richest and most glamorous club competition are being played as one-off ties in the same city.

They are all taking place behind closed doors and with strict health guidelines in place as Europe faces a steady rise in cases of Covid-19.

Yet that has not stopped some fans from making the trip to the banks of the River Tagus to take in the atmosphere.

"This is the most important match of our season," Andrea, a 27-year-old Atalanta fan from Bergamo who has come for his team's quarter-final against Paris Saint-Germain, tells AFP.

He is in Lisbon with two friends. With spectators barred, they plan to watch the match in a bar near the stadium.

"The atmosphere is bizarre. The city seems empty and the bars close early," he said.

Meanwhile, 16-year-old Paris Saint-Germain supporter Mathieu finds himself in Lisbon "by chance", on holiday with his parents.

"I don't see any Champions League atmosphere," he says, wearing a PSG replica shirt, "but people have chanted 'Come on Paris' at me in the street. I think there are supporters here."

Portuguese police have not given an estimation of the number of foreign fans who could come to the capital but officers will make themselves "highly visible" on the streets, according to the Lisbon region police chief, Paulo Pereira.

A study conducted by the Portuguese Institute of Marketing Administration has estimated that a total of 16,000 fans could come to the city even though none are allowed into games.

That is despite British tourists being advised not to travel to Portugal this holiday season. Pep Guardiola's Manchester City are the one English representative involved in the 'Final Eight'.

Daniel Sa of IPAM told AFP that more than 5,000 people could gather in the city for the final, which is scheduled for August 23 at Benfica's Estadio da Luz, where the players' voices will echo around the empty 65,000-capacity venue.

However, Sa described that as a "conservative" estimate and believes the final figure will be higher thanks to the "improvement of the health situation in Lisbon in recent weeks or the increase in the number of flights to Lisbon".

On the basis of regular briefings with police in the clubs' home countries, Portuguese authorities are not expecting any organised trips by groups of supporters.

Yet Lisbon police still plan to deploy as many officers on game days as they would if supporters were attending.

Portugal, with its population of just over 10 million, successfully hosted the 2004 European Championship.

The Estadio da Luz was the venue for the 2014 Champions League final between Real Madrid and Atletico Madrid while large numbers of foreign fans attended the UEFA Nations League finals in Porto and Guimaraes in the north of the country last year.

However, restrictions are currently in place around the country as part of efforts to stop the spread of coronavirus.

Those restrictions are especially strict in and around Lisbon, where cases of Covid-19 have been most prevalent since Portugal came out of lockdown in May.

That includes a ban on gatherings of more than 10 people, compared to 20 people in the rest of the country.

Alcohol consumption in public is banned, while shops and cafes must close at 8:00 pm, the time Champions League 'Final Eight' matches will kick off.

"The sporting context will not allow for an exception to the rules in place," warned Pereira, of the Lisbon police force, on Tuesday.