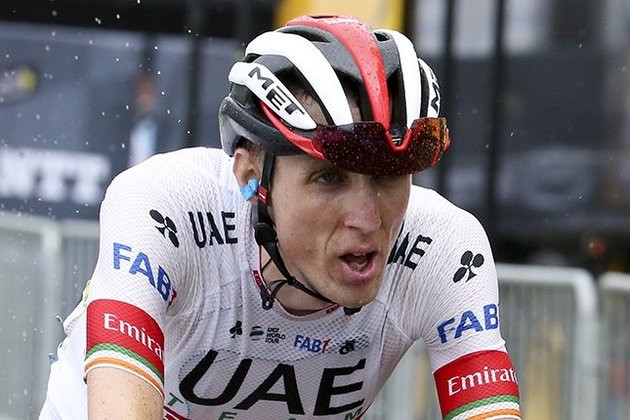 Ireland's Dan Martin pulled out of the Criterium du Dauphine on Friday after the Israel Start-Up nation team leader fell and fractured a bone in his lower back.

The accident on Thursday has left the 33-year-old general classification contender in a race against time to be fit for the Tour de France's delayed start in just two weeks' time.

"I'm optimistic I can still race the Tour de France," said Martin, who has a sacral fracture, which is the bone between the back and the tailbone.

"It's a shame as I felt I was in great shape but I'm a fast healer and I have reason to remain optimistic," added the double Tour de France stage winner and candidate for the top 10.

"I don't have a scratch on me really, but I landed full force on the bottom of my back. Unfortunately we have a small fracture down there in my sacrum."

Martin's loss for the Tour de France would be a major blow for the ambitious Israel Start-Up Nation team, who have signed Chris Froome for next season.

The five-day race through the Alps was hit by a freak hailstorm on Thursday that battered part of the peloton with giant-sized hailstones.

Slovenian former ski-jumper Primoz Roglic leads the race, which tackles one of French cycling's seminal challenges on Friday in the form of the Col de la Madelaine with its lunar landscape upper reaches.