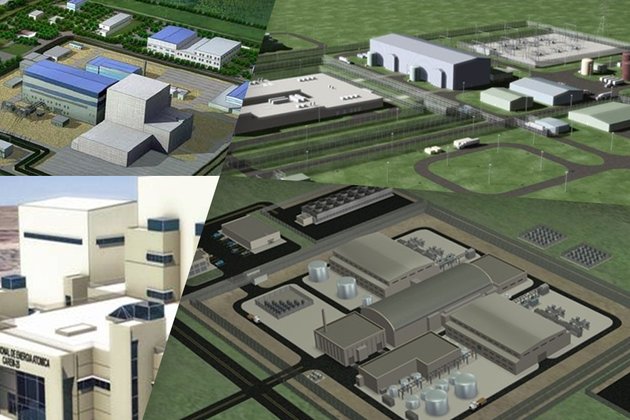 Small modular reactors (SMRs) may be smaller and use innovative technologies with many inherent safety features, but the ultimate goal when it comes to regulation remains the same: ensuring the protection of people and the environment and minimizing the risks of accidents and any radioactive release.

The novel approaches in the design and deployment of SMRs can pose challenges to the existing regulatory framework. In comparison to existing reactors, proposed SMR designs are generally simpler and the safety concept for SMRs relies more on passive systems and inherent safety characteristics of the reactor, such as low power and operating pressure. These increase safety margins and, in some cases, practically eliminate the risk of severe damage to the reactor core and thus the potential for large releases of radioactivity in case of an accident. Consequently, the reliance on robust containment and emergency response measures is reduced.

"SMRs are in general less dependent on safety systems, operational measures and human intervention than existing reactors. Therefore, the usual regulatory approach, which is based on overlapping safety provisions to compensate for potential mechanical and human failures, may not be appropriate and new ideas should be considered," said Greg Rzentkowski, Director of the Nuclear Installation Safety Division at the IAEA. However, the main concepts underpinning the current safety approach - such as, for example, defence-in-depth, which assures prevention and mitigation of accidents at several engineering and procedural levels - are relevant for SMRs if implemented using risk and performance information, he added.

To demonstrate the safety of the design of a nuclear power plant of any kind, a comprehensive safety assessment of all plant states - normal operation, anticipated operational occurrences and accident conditions - is required. On that basis, the capability of the design to withstand internal and external events can be established and the performance criteria for safety features, including emergency planning, can be defined.

"The proof of concept for SMRs requires the demonstration of the effectiveness of the fundamental safety functions - reactor control, core cooling and confinement of reactivity - based on the optimization of the defence-in-depth strategies to minimize the risks of accidents and, should an accident occur, practically eliminate its consequences," Rzentkowski said. Given new design and safety concepts, specific consideration should be given to the validation of the safety case, interfaces between units, material properties and human factors. Furthermore, no matter how low the risk of accidents is, scalable arrangements for confinement and emergency response are essential to cover the unexpected, he added.

As the concepts and designs of innovative technologies, including SMRs, are technologically diverse, the IAEA is working on the establishment of a technology-neutral framework for safety to help harmonize international approaches on the basis of existing IAEA safety standards.

Such a technology-neutral framework consists of a general part - hierarchy of societal and health objectives, risk targets and high-level safety principles and requirements - which then can be elaborated in national frameworks to address regulatory and technical elements depending on the specific technology used. This approach allows flexibility and achievement of a balanced combination of innovation and proven techniques, which is required to optimize protective and mitigation measures against general safety objectives and specific risk targets, Rzentkowski added.

Some countries are already actively working in this area. For example, Canada is one of a handful of countries, along with Argentina, China, Russia and the United States, performing regulatory reviews of SMRs.

"The Canadian Nuclear Safety Commission (CNSC)'s technology-neutral regulatory framework, which is largely based on IAEA safety standards, enables novelty and innovation in reactor design, construction, operation and decommissioning, without compromising safety," said Hugh Robertson, Director General of the CNSC. "In cases where there are uncertainties in design safety margins and operational experience is limited, additional operational controls may be required. In these cases, the protective measures will be commensurate with the risk."

Collaboration between nuclear regulators and the harmonization of regulatory requirements can benefit all parties involved, he added. "This ultimately makes for a more efficient and effective licensing process. In fact, having multiple sets of eyes looking at the common safety issues can result in an increased level of safety. The same scientific and regulatory information can also be used that respects regulatory sovereignty, as we continue to explore further opportunities for harmonization."

Although the IAEA safety standards - which serve as a global reference for protecting people and the environment from the harmful effects of ionizing radiation - are generally technology neutral and can be applied to SMRs, the IAEA will further support national regulators by developing specific guidance to provide for their implementation. "Case studies to demonstrate how the design requirements for nuclear power plants can be used to license the two most common SMR technologies, water cooled and high temperature gas cooled reactors, have already been completed," Rzentkowski said.

In parallel, work is under way at the SMR Regulators' Forum to share regulatory knowledge and experience and identify good practices. Hosted by the IAEA, the Forum is an international group working on the challenges of regulating the novel designs of SMRs, to define new safety recommendations for SMRs. These are now available via the IAEA's website, following a meeting of experts working on the development of national standards specific to SMRs. Their work concentrates on the multi-modular nature of SMRs and on the safety aspect of the interdependency between the modules: to verify that if something were to go wrong in one module, its impact on the other modules would be minimal.

"Recognizing that safety will always remain the number one priority, the regulatory approach for SMRs requires a shift in focus from one reactor at a time to the global safety assessment of the robustness of design, the completeness of the safety case, and the adequacy of the processes undertaken to ensure safety throughout the reactor lifetime to avoid building first and fixing safety issues later," Rzentkowski said.