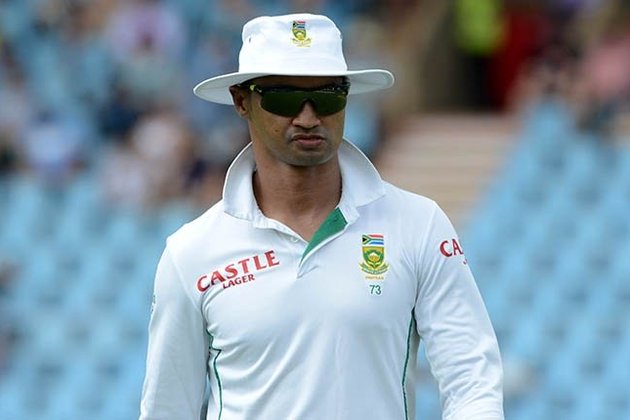 Alviro Petersen: Sadly they never supported transformation in the past and players had to deal with it themselves. In my view, it's not just a matter of race but also of principle and policy. I see the current SACA administration now want to talk about transformation which I feel is them playing to the gallery. SACA must transform and, by extension, they must champion transformation. I believe that there is currently hypocrisy at play. The current SACA president, Omphile Ramela, once wrote a letter to the Minister (of Sport) and mentioned how white males get positions within cricket, yet under his leadership SACA appointed a white male as CEO in December 2019. I believe Ramela must be truthful and stop trying to duck and dive. What is clear is that the SACA president has brought the game into disrepute. The players must fire him or he must resign immediately. I could easily bring up private correspondence to blow him out of the water but I will not damage the game like he has. There is no need to further engage Ramela on social media platforms because I know his position. SACA must take action and call their president to order. I will not present private communication, unless approved by the author, however damaging to the other party. Cricket must be sorted out and this won't help. The game is in crisis and needs fixing.

Sport24 asked: How would you assess the mainstream media?

Alviro Petersen: I'm not a massive fan of the mainstream media. I wasn't when I was playing and I'm still not now. I feel cricket needs to be reported fairly and equally and that is not always the case. For argument's sake, most of the media in South Africa is white-owned and they might prefer a white agenda which is detrimental to a black child. We are dealing with a polarised media. In my opinion, certain journalists have predetermined conclusions that fit their agendas and they will twist anything in order to achieve that. Moreover, some display unconscious bias that borders on racism. I say this because there was no mention of Vaughn van Jaarsveld but then again he isn't black. Another black player whose facts were similar to Van Jaarsveld's was formally charged and publicly humiliated by CSA. Meanwhile, Van Jaarsveld was praised in a CSA media statement. As another case in point, do you really think that a polarised media will publish that the current director of cricket Graeme Smith earns more money than the CEO? Paul Harris also earned more than Charl Langevedlt and Justin Ontong when the former was brought in as a spin bowling coach for CSA last summer.

Alviro Petersen: Graeme was a brilliant leader and captain. He was a tough, uncompromising cricketer and he needed show toughness as skipper because he assumed the role at the tender age of 22. As one of the senior players in the Test side at that stage, I had knowledge to impart but ultimately it was always Graeme's choice whether to use that advice or not. Since Graeme has assumed the role of director of cricket, it hasn't been easy for him and he has been dealing with many off-field matters. However, he came in to improve the playing aspect and we haven't really seen an improvement in that regard. The Proteas are currently ranked fourth in ODI cricket, fifth in the T20 arena and sixth on the ICC Test rankings. If there is any person or group who wants to plot to get rid of the likes of Smith and Mark Boucher, as media reports suggest, I'm not interested. I want to get rid of systemic racism in sport and am not interested in any takeover. However, I'm of the opinion that leadership positions must be earned.

Alviro Petersen: At the age of 27, Quinton is captain of both the ODI and T20 teams and I believe he could also serve as an excellent Test captain for South Africa. He is a student of the game and I feel management should already have made him the Test captain. (However, Graeme Smith has previously said: "Quinton will be our white-ball captain but from a workload and mental capacity aspect we want to keep him fresh"). From a playing point of view, De Kock is fearless and he takes the game away from the opposition. He has so much natural ability but, from my time playing with him at the Lions, I can also attest to the fact that he is a hard worker. In terms of a captain needing to be eloquent in front of the media, I think that is irrelevant. As a player and leader, you are ultimately judged according to your performances on the field. I believe he is South Africa's best batsman and should be selected at No.4 or No.5 in the batting order as far as Test cricket is concerned. (De Kock has featured in 47 Test matches for South Africa and has an average of 39.12, a strike rate of 70.95 and a highest score of 129). I would look to Dean Elgar, Aiden Markram and Pieter Malan as opening batting options for South Africa. (Malan, a late bloomer at international level, earned his Test debut at the age of 30 against England at Newlands in January 2020).

Sport24 asked: Does Test cricket risk being left behind?

Alviro Petersen: Test cricket needs to get with the times now. If the ball hits the stumps, even if they aren't dislodged, it must be out. You cannot continuously have three teams on a cricket field - two playing and one umpiring. Another option to address the issue is that the first 'umpire's call' must be the standard. If the first 'umpire's call' is not out, all decisions in that match must be not out. If out, all decisions must be out. Consistency and fairness is key.

Sport24 asked: Which cricketers have stood out to you?

Alviro Petersen: Jacques Kallis is arguably one of the greatest cricketers to have played the game and to be inducted into the ICC Hall of Fame is testament thereof. He was indeed a one in a million cricketer. On an international front, MS Dhoni, who retired recently, was a true legend of the game. What a competitor, leader and player he was. It was an absolute honour to share a field, albeit against him, and I extend my best wishes on his next chapter.