Aces up for Astros, Rangers in rubber game of series 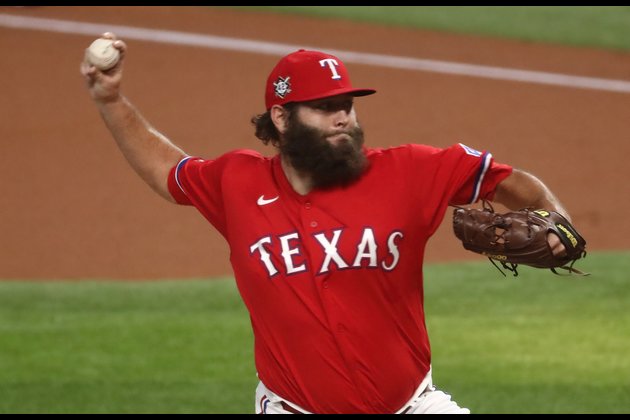 The Houston Astros and the visiting Texas Rangers will send their aces to the mound on Thursday afternoon when the American League West rivals play the rubber game of a three-game series.

The Thursday start comes after Lynn's worst outing of the year, when he allowed four runs (three earned) in six innings against the Los Angeles Dodgers on Saturday and took his first loss of the season. It was the only time in eight starts in 2020 that Lynn allowed more than two runs in a game.

Greinke hadn't allowed a homer until the Oakland Athletics recorded two round-trippers in his most recent start Saturday in Houston. He has given up six earned runs in his past two starts (11 innings) after serving up just three runs in previous four (26 innings).

The Astros head to the series finale off a 2-1 win on Wednesday as Michael Brantley belted a two-run home run in the first inning to back the stout starting pitching of Cristian Javier.

Javier (4-1) allowed just two hits in 6 2/3 innings. Houston closer Ryan Pressly retired the side in order in the ninth, including two strikeouts, to earn his seventh save of the season.

Kolby Allard (0-4) was the hard-luck loser for the Rangers on Wednesday. Allard allowed just two hits, struck out four and walked two in the longest outing of this two-year major league career.

The Rangers won the first game of the series on Tuesday, 6-5 in 10 innings. Houston responded on Wednesday to even the series and has won five of seven games overall.

The Rangers and the Astros are still playing for the Silver Boot Trophy, given to the Lone Star State team with the best head-to-head record. The Astros have won it the past three seasons after the Rangers won it 12 times in the first 16 years.

The clubs have one more head-to-head series at Houston in mid-September before the conclude the regular season in Arlington, Texas.

"It's definitely a rivalry," Rangers third baseman Isiah Kiner-Falefa said. "We're battling for the state. Just to claim that Silver Boot, it means a lot for whoever gets to take it home. That's the motive right now. We want to bring it back."

The Astros are in search for a whole lot more, and they have clawed their way back into contention for the AL West's top spot.

Houston is expected to get some help this weekend. Right-hander Jose Urquidy is due to be activated to pitch for the first time this season in the upcoming series in Anaheim against the Los Angeles Angels.

"He's going to come here and throw a bullpen (session) before then, and then we'll make our assessment and adjustment at that time," Baker said.

Urquidy was placed on the injured list in mid-July for undisclosed reasons and has been working out at the team's alternate training site for weeks.

Last year, he went 2-1 with a 3.95 ERA in nine games (seven starts) for the Astros with seven walks and 40 strikeouts in 41 regular-season innings. He then produced a 0.90 ERA in four postseason outings, including a World Series start.