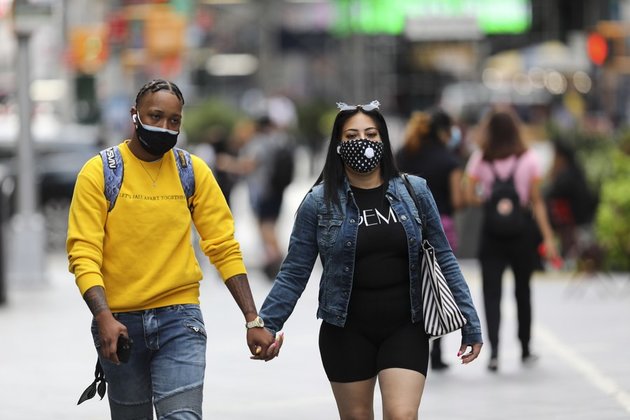 Hua made the remarks at a press briefing in response to a query about U.S. State Department spokesperson Morgan Ortagus' statement on Thursday, announcing the next steps concerning the U.S. withdrawal from the World Health Organization (WHO) and the redirection of American resources, including scaling down its engagement with the WHO.

Hua said the timeline and facts of China's fight against the pandemic are clear. "In the face of the ferocious and unknown COVID-19 virus, we shared the information we learned with the world in the shortest possible time, and contained the spread of the pandemic with the most resolute prevention and control measures in the shortest possible time."

Noting that, as of yesterday, there were more than 6.11 million confirmed cases of COVID-19 in the United States, with more than 185,000 deaths, Hua said some in the United States should do more self-reflection, respect science, respect facts, and take more effective actions to save as many American lives as possible as a responsible attitude towards their people.

Hua said the WHO is an international body made up of 194 sovereign states, and it does not serve any particular country or should not defer to any country that provides more funding than others. "As the COVID-19 pandemic continues to spread around the world, the fight against the pandemic remains a top priority for all countries, and requires concerted efforts at national, regional and global levels," she said.

In the face of COVID-19, any attempt to oppress or blackmail the WHO is a disregard for life, a challenge to humanity, and a destruction of international anti-epidemic cooperation that will not be accepted by the international community, Hua said.

Hua said the WHO plays an indispensable central coordinating role in the face of the global public health crisis.

"We urge the United States to fulfill its due international responsibilities and obligations. We also call on the international community to further consolidate the consensus of multilateralism, increase its support and input in the WHO, and jointly safeguard global public health security," Hua added. ■