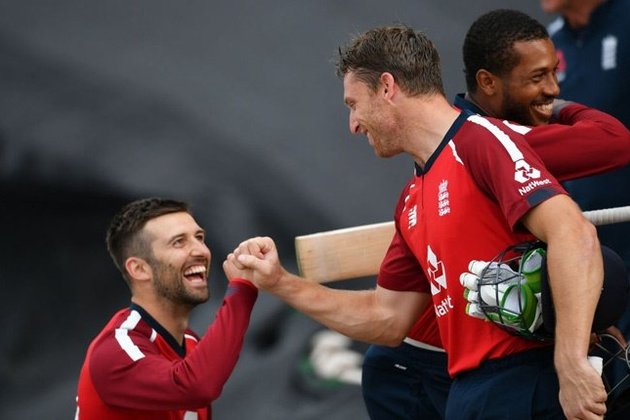 Jos Buttler impressed as an opener England during the T20s but has generally been deployed as a middle-order batsman in the 50-over format.

However, with star all-rounder Ben Stokes missing for family reasons, England may feel they want to give Buttler the opportunity to face as many balls as possible - a role that would contrast with his usual "finishing" role.

If he is moved, Australia will need to find a way to restrict the talented shotmaker.

After Buttler made an unbeaten 77 in the second T20, Australia leg-spin great Shane Warne said reining in the batsman was easier said than done.

"It's the perception of what he could do that upsets the bowlers," Warne told Sky Sports.

"If you're a bowler standing at the top of the mark you're thinking, 'What is he going to do?'.

"The key to his batting is the way he hits the ball -- he hits it all around the ground. There's no particular weakness to his batting and when you don't have a weakness it's hard to come up with a plan to bowl to him."

Fast bowlers eager to have their say

One-day international cricket is often said to be batsman's game. England, with Jason Roy, Jonny Bairstow and Joe Root in their ranks and Australia, with David Warner, Aaron Finch and Steve Smith, both boast powerful top-orders.

But they also have top-quality fast bowlers, with vice-captain Pat Cummins and left-armer Mitchell Starc set to lead Australia's attack.

England can call upon express quicks Jofra Archer and Mark Wood, who showed glimpses of their speed during the Twenty20 series, while Chris Woakes will be looking to repeat his performance in last year's semi-final, when he took 3-37.

England leg-spinner Adil Rashid underlined his status as one of the best white-ball bowlers in the game with 3-21 in the third T20, producing a brilliant googly that clean bowled opening batsman Finch, while he also snared all-rounder Glenn Maxwell and star batsman Smith.

The Yorkshireman's ability to take wickets in the middle overs of the innings has been a key part of England's white-ball revival under Morgan and was in evidence when he took 3-54 during last year's semi-final.

Australia also have slow bowling resources of their own, with leg-break bowler Adam Zampa and left-armer Ashton Agar looking to make their mark.