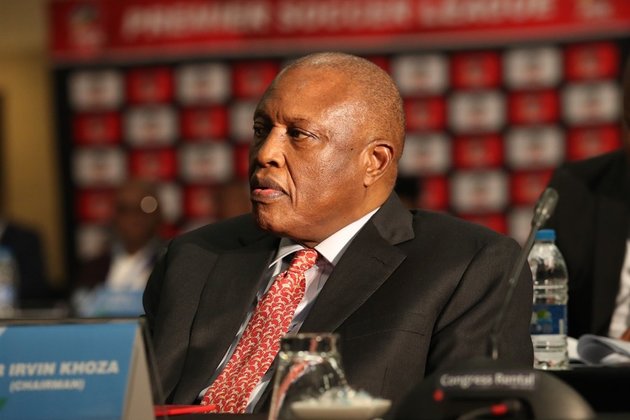 Despite the current tough trading conditions, the PSL continues to show incredible resilience, with the organisation eyeing the R1 billion revenue benchmark against all odds.

The PSL has lost two major sources of funding in the past few months, with Absa and Telkom having withdrawn their sponsorships.

That is a collective R193 million a year in revenue that the PSL has lost.

Absa will, of course, be replaced by DStv, the new title sponsors whose sponsorship value has not been disclosed.

However, the loss of two sponsors will not be felt when the PSL tables its financials next month as the deficit will only reflect on the books next year, when the league could dip below the R1 billion mark - a milestone it achieved in its last fiscal year.

The latest financial year, which ended in July 2020, will show a healthy balance sheet, which will still reflect the sponsorship money received from Absa, Telkom and new kid on the block GladAfrica.

The sponsorship boom started in 2007, when the PSL announced the landmark R1.6 billion broadcast deal with SuperSport International

The engineering company became the sponsor of the NFD last year, which had been without a sponsor for more than 10 years. It is understood that the company is paying about R55 million. The PSL has historically not struggled to find suitors to sponsor the top flight.

PSL chairperson Irvin Khoza indicated in a midweek press conference that the league's operations had not been affected too badly, despite the economic fallout from the Covid-19 coronavirus pandemic.

"Remember that, for four months, we continued to pay grants to teams. These are service fees for them to honour fixtures," Khoza said.

"We must thank our sponsors and broadcaster SuperSport for not demanding a discount because we didn't fulfil our obligations. They never asked us to give their money back."

The sponsorship boom started in 2007, when the PSL announced the landmark R1.6 billion broadcast deal with SuperSport International.

Absa followed suit with a R10 million prize purse for the champions, while their rivals Nedbank injected a five-year, R400 million sponsorship into their competition in 2008, with MTN also committing the same amount over the same period.

These deals catapulted the PSL among the biggest earners of sponsorship revenue in world football.

Meanwhile, the item on the income and expenditure statement for 2021 will show a significant increase in expenses. This will be largely because the 2019/20 season was completed in a biologically safe environment, also known as the bio-bubble, to combat the virus.

"The reality's different now. It cost us R80 million to R90 million to be in the bubble, so we can't go into it again," said Khoza, adding that the PSL will reprioritise its spending.

"With no crowds coming to the stadium, the starting cost of honouring a game is R200 000 and then there are other obligations. All these are challenges."

The PSL will hold its annual general meeting next month, where a new leadership is also set to be elected.