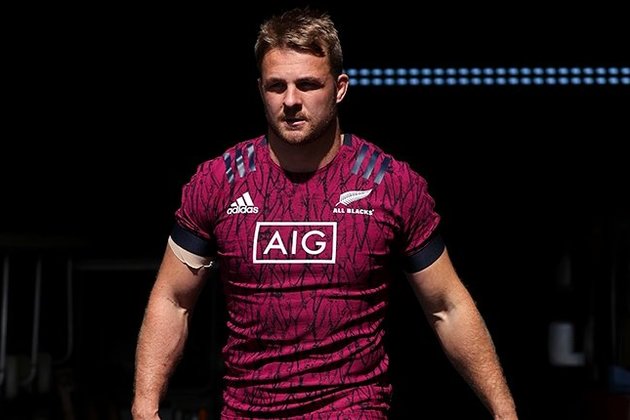 New Zealand and Australia will play the first rugby Test since the pandemic on Sunday against a backdrop of disagreement and tension after chaos caused by the coronavirus opened up deep divisions.

The All Blacks and the Wallabies will take to the field in front of a packed, largely facemask-free crowd in Wellington just under a year since their last games, at the World Cup in Japan.

The on-pitch hostilities follow a torrid period this year when the two unions have quarrelled over the Rugby Championship internationals and Super Rugby, whose 25-year run has come crashing to a halt.

The opening Bledisloe Cup Test, the first international rugby since Covid-19 halted the Six Nations in March, will be followed by a second next week in Auckland, before the reformatted Rugby Championship starts in Australia on October 31.

Among rugby's many changes since Japan last year, both teams have new coaches already looking ahead to the next World Cup in 2023.

The All Blacks are under Ian Foster, who took over after eight years as assistant to Steve Hansen, while the Wallabies turned to New Zealander Dave Rennie after Michael Cheika's departure.

"We don't need that burden," Foster said. "This is about this team.

"It's about looking at the foundations and making sure we set that in this Test and subsequent ones to make sure we can launch into the next period."

The Wallabies' Rennie, a Wellington native, has never coached at Test level before, but he knows exactly what he wants from his team.

"We have to be really aggressive, to try to force them to kick or to turn over some pill," he said.

After surviving on Zoom calls with coaches and players for part of the year, Foster and Rennie get to launch their head-coach careers in front of a big crowd - days after New Zealand declared victory over its second wave of Covid-19.

There is significance for both teams, as New Zealand rate the Bledisloe Cup as second in importance only to the World Cup and have held it for the past 18 years.

That domination has infuriated Australia and the depth of emotion heading into Sunday's clash - the first of four in the series, including two in the Rugby Championship - was underscored by Wallabies centre Matt To'omua.

He proclaimed that Australians "probably want that Bledisloe Cup back in Australia almost more than we want the World Cup".

Rennie has made 13 changes to the starting XV since the Wallabies' last outing, the 40-16 demolition by England in the World Cup quarter-finals.

Only captain Michael Hooper, playing his 100th Test, and winger Marika Koroibete survive from that mauling, while Rennie has gambled on three debutants in his maiden Test starting line-up - lock Harry Wilson and outside backs Hunter Paisami and Filipo Daugunu.

He has also packed experience on the bench where Scott Sio, Allan Alaalatoa, Rob Simmons and Reece Hodge have 237 Tests between them, laying the platform for an interesting closing quarter.

Foster opted to start with arguably his top line-up, which includes nine starters from their 19-7 loss to England in the World Cup semi-finals, and has three uncapped players on the bench.

The most debated part of the All Blacks' selection centres on flyhalf, where Foster has retained Richie Mo'unga at pivot and Beauden Barrett at fullback.

Twice World Player of the Year Barrett has made it clear flyhalf is his preferred position, while his brother Jordie was the form fullback in Super Rugby Aotearoa this year.

But Foster said he wanted Mo'unga and both Barretts on the field and solved the problem by naming Jordie on the right wing.

"It's a selection for this Test," he stressed.

"Our way is to pick a group we think can play our game well and you clearly see we've gone down the side of some players who have got a little bit of experience under pressure when the structure starts to break up."

Foster added: "I think it's going to be a fast, furious game from both teams."

However, Rennie, unfazed by plotting to beat his home country, believes the key to beating the All Blacks is for the Wallabies to move away from their running game.