Dynamo bid to build off momentum vs. Inter Miami CF 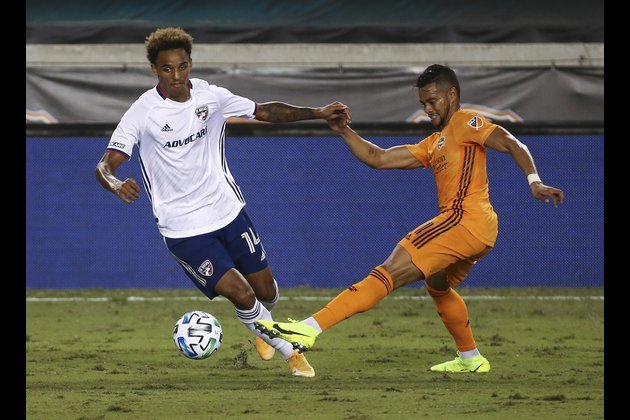 Both the Houston Dynamo and expansion Inter Miami CF are looking to build on much-needed victories.

For the first time in MLS action, the Dynamo and Inter Miami meet Saturday in Fort Lauderdale, Fla.

Each of these teams enter the weekend below the playoff line in their respective conferences, but at least have momentum on the side for the time being. Houston (4-5-7, 19 points), though, sits in slightly better shape in the Western Conference than Miami (4-10-2, 14 points) in the East.

The Dynamo snapped an 0-3-3 rut with a rather impressive 2-0 home win over rival FC Dallas on Wednesday. Darwin Quintero (six goals in 2020) and Darwin Ceren each had a goal for Houston, which prevailed despite playing a man down the entire second half following Mauro Manotas' red card during first-half stoppage time.

"I really couldn't be any prouder of the team," first-year Dynamo coach Tab Ramos told the official website of the league.

"We wanted to get back on track. Having to do it the way we did it, I think it's huge."

Miami halted a three-game skid with a 2-1 road victory against the New York Red Bulls on Wednesday. Playing short-handed due to injuries, suspensions and international duties, the expansion club gutted its way through as Matias Pellegrini scored the equalizer in the 55th minute and Gonzalo Higuain delivered the eventual winner in the 81st minute.

The goals were the first of the season for Pellegrini and Higuain.

"I'm very happy and proud of the team," Higuain told Miami's official website after playing in his third match with the club. "The manager's vision is great.

"I think (Wednesday) was a huge joy for everybody and hopefully we can maintain it in the coming matches."

Miami will now try to avoid a third consecutive home defeat. Houston, meanwhile, looks to end an 0-2-2 stretch on the road.