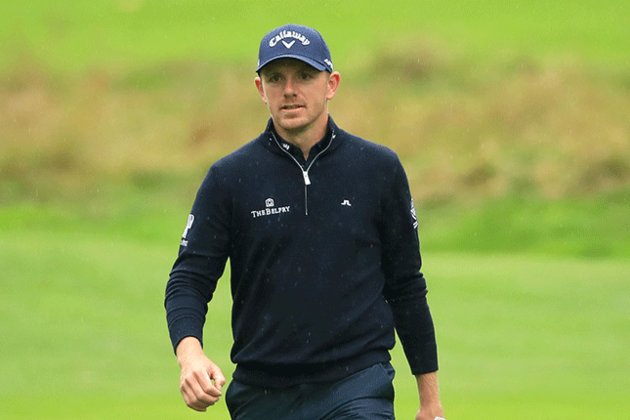 England's Matt Wallace shot a fine five-under 67 in front of Ryder Cup captain Padraig Harrington to move into a share of the lead at the halfway stage of the Scottish Championship at Fairmont St Andrews on Friday.

The 30-year-old fired six birdies and just one bogey to reach 12 under par - a total that left him level with Spain's Adrian Otaegui, who added a 70 to his opening 62.

Aaron Rai, the winner of the Scottish Open a fortnight ago, is one shot back, with France's Adrien Saddier in fourth place.

Harrington, Europe's captain for next year's rearranged Ryder Cup clash against the United States at Whistling Straits, carded a 69 to leave him in a tie for fifth on nine-under-par.

"It's good that I've done that in front of him but I'm not sure it'll make much difference to Padraig," said Wallace, a four-time European Tour winner.

"He will want players to be in there on merit and then if it comes down to a pick then he'll want someone that's in form.

"I'm taking in some good form from the last few weeks without posting any numbers so hopefully I can do that this week."