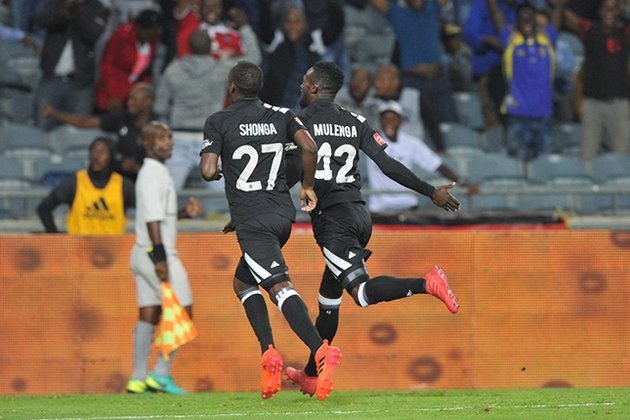 The Zambian international was one of 10 players unveiled by AmaZulu on Monday, as they overhauled their squad under the leadership of new owner Sandile Zungu.

The media was led to believe that Mulenga had signed for Tshakhuma Tsha Madzivhandila, but he surfaced at Usuthu instead.

"Yes, they (TTM) did want me but at that time I told them that I still needed time to think about it but apart from that, there was nothing else agreed," he said.

"I was also surprised to hear them mention my name at the time they announced their new signings, but for me, I am here and I am so happy to join AmaZulu and I thank my family for helping me make this decision," Mulenga said at the media unveiling on Monday.

"It was not an easy decision because there were a lot of teams that wanted me,"

Asked about his reasoning for wanting to leave the Buccaneers for pastures new, Mulenga explained that he simply wants more game time.

"The reason I left Orlando Pirates is because last season, I didn't have enough game time, and they signed new players this season but it wasn't like I didn't want to compete against these new signees, no," Mulenga said.

"The thing is that I just didn't want to go through what I went through last season no wonder I asked them that I wanted to leave.

"I am happy to be here and looking forward to meeting the other guys so that we can continue making the supporters happy and achieve the goals we are going to set for this season."