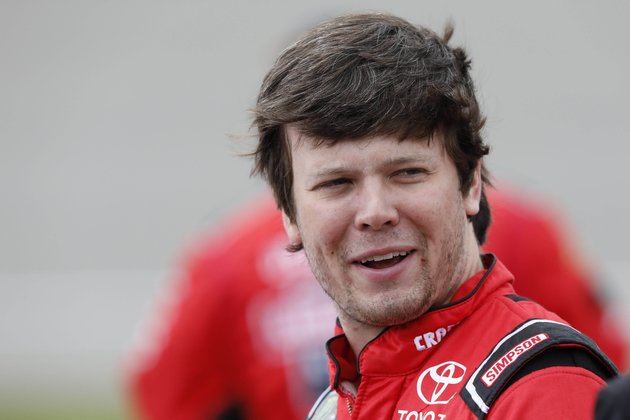 Richard Petty Motorsports hired Erik Jones on Wednesday to replace Bubba Wallace in the iconic No. 43 Chevrolet for the 2021 NASCAR Cup Series season.

Jones, 24, spent the past three Cup seasons with Joe Gibbs Racing, who announced in August he would not return to the No. 20 Toyota in 2021.

"It is an incredible honor to have Richard Petty want you to drive for his race team and with the car number he made famous," Jones said after signing a multi-year deal. "Richard Petty Motorsports has a rich history in the sport, but they are not resting on that history. They still have something to prove, and I have something to prove. We are both motivated to write a new chapter. I am proud to be a part of Richard Petty Motorsports."

"Erik is an exceptionally talented driver, and we are excited to have him join our team," said Brian Moffitt, chief executive officer at Richard Petty Motorsports. "At only 24 years old, Erik is part of NASCAR's next generation of stars. He has won races at every level in NASCAR he has competed in -- including in the NASCAR Cup Series. Erik is a proven winner and we look forward to providing him with the opportunity to add more wins to his already impressive resume."

Jones has two wins in the Cup Series -- at Daytona in 2018 and Darlington in 2019 -- along with nine in the Xfinity Series and seven in the Gander RV Outdoors Truck Series. He has 13 top-10 finishes and nine top-5s in 33 starts in the Cup Series in 2020, including a runner-up showing at Talladega earlier this month.