Imran says meeting with opposition was a mistake 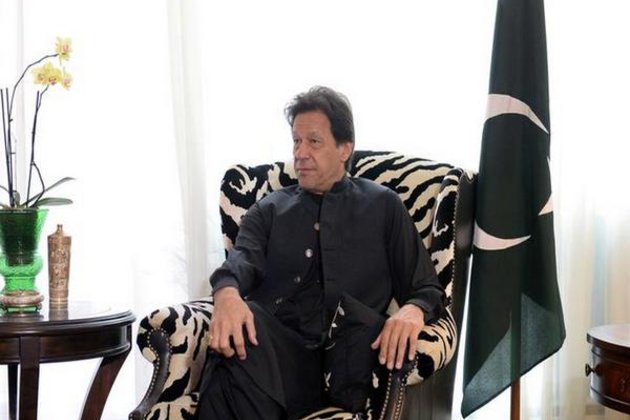 Islamabad [Pakistan], October 24 (ANI): Pakistan Prime Minister Imran Khan on Friday said holding a meeting with the opposition was a mistake, slamming them for using "such language" against the army that "even enemies do not use".

"This was also our big mistake. Although General Bajwa used to tell me they were meeting. So and so was coming to meet. They will have a conversation. I think this was a big mistake. They should not have been met. We should not have met them. What has been gained by meeting [them]?" Khan said in an interview with Ary News on Friday as quoted by Dawn.

Khan added, "Today the abuses they are hurling, the language they are using against the army, even the enemies do not use such language. So what has been gained?"Khan said that those who attended that meeting wanted amnesty for their theft and added that even if his grave is dug that he "will not pardon them".

"Whosoever was meeting, what did they want [but] NRO. Amnesty for their theft. Either you decide that you will pardon their loot. For me, even if my grave is dug up, till the time I am alive, I will not pardon them. Gen Musharraf did the worst to Pakistan when he gave them NRO under pressure," Khan said.

"Whether I am in power or not, these thieves would never get back in power. I will take people to streets if they get back into power," the Pakistan Prime Minister added.

Speaking about the reported abduction of Sindh Inspector General of Police, Khan said that that it was a comedy and asked who was kidnapped.

"Who was kidnapped?... I believe it is a comedy. When I think about that, I laugh. What is happening? It is unfortunate that all the enemies of Pakistan are with them."Khan further called the former prime minister Nawaz Sharif as greedy and added that money was their God. "Nawaz Sharif is greedy. Money is their god," he added.

Khan also said that since getting Nawaz extradited from Britain would be a "long process", his government was pushing for him to be deported "which can happen immediately".

"We are in regular contact with their officials. We are making full efforts to get him deported," the Pakistani Prime Minister said.

"If I have to, I will go and talk to Boris Johnson," he added.

This comes after a recently held anti-government rally in Karachi where political parties under the banner of joint opposition alliance---Pakistan Democratic Movement (PDM)-- protested against the 'puppet' government of Prime Minister Imran Khan and demanded his resignation. Thousands of people participated in the rally in Karachi.

Almost all police officers in Sindh Police applied for leave in protest against the humiliation meted out to the Sindh IGP Mushtaq Mehr, during the PML-N leader Safdar Awan's arrest saga, The News International reported.

PML-N leader and spokesman for Nawaz Sharif and Maryam Nawaz's and former Sindh Governor Muhammad Zubair said that the IGP Sindh was 'kidnapped' by Rangers who forced him to file an FIR for Safdar's arrest. (ANI)