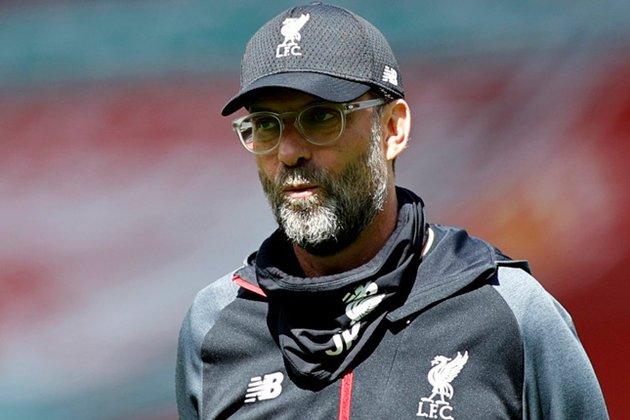 Jurgen Klopp hailed the performances of Diogo Jota and Nathaniel Phillips after Liverpool returned to the top of the Premier League with victory over West Ham.

The pair, neither of whom featured in last season's title success, proved crucial as the Reds came from behind to win 2-1 at Anfield.

Summer signing Jota scored for a third consecutive game as he came off the bench to net an 85th-minute winner moments after having another strike ruled out following VAR review.

Manager Klopp said: "Diogo is in a good moment - a good player, and we are really happy that we could make that signing. It is a proper win-win situation.

"I think we can help him and he can help us a lot so, yes, a very good night."

Phillips was named man of the match on his Premier League debut.

The 23-year-old defender had been unexpectedly thrust into action following injuries to Virgil Van Dijk, Fabinho and Joel Matip.

Were it not for the coronavirus pandemic, the son of former Bolton full-back Jimmy Phillips might have left the club over the summer after impressing on loan at Stuttgart last season.

Klopp said: "When you know the story behind it it makes it even more incredible. I am really pleased for him and nobody deserves it more.

"He is a great guy, a smart guy, and knows exactly everything about himself as a footballer.

"He kept it really simple and that was important for us. In the challenges he was there, really aggressive but with no fouls."

Liverpool dominated possession but fell behind after a Joe Gomez error allowed Pablo Fornals to strike after 10 minutes. The hosts equalised with a Mohamed Salah penalty just before the break and were looking laboured until Jota, linking with fellow substitute Xherdan Shaqiri, made the difference.

Klopp was pleased his team got the job done in what is proving an extraordinary season.

Klopp said: "The world is in a difficult place and we are happy to be playing football. It means we have to try everything to win football games.

"It is not about shining or flying, it is about hard work and the boys did that again, but mixed up with some good football."

West Ham boss David Moyes felt Salah had made the most of slight contact by Arthur Masuaku to win the game-levelling penalty.

Moyes said: "I don't think it is a penalty kick. I think he throws himself to the ground. Arthur stops, he expects the referee to do something because of the way he falls to the ground - he threw himself - but it went the other way.

"But that should not take away from a lot of positives. We are really disappointed not to get something from the game.

"Liverpool played well but we had chances to get the second goal which we didn't take. It was more we weren't clinical enough.

"It says something we are coming away from here really disappointed. We came close here last year and I have to say we came close tonight."