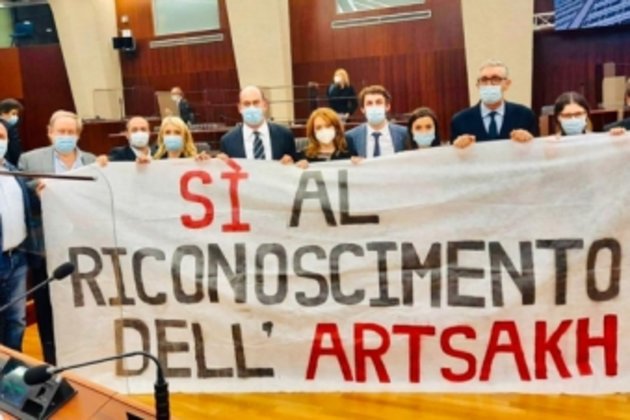 PanARMENIAN.Net - The Italian region of Lombardy has recognized the independence of Nagorno-Karabakh (Artsakh), the Armenian Embassy in Italy reports.

'Lombardy is the first Italian region to recognize the independence of the Republic of Artsakh. Thanks Lombardy, always in the front row, always strong, always faithful to universal values,' the Embassy said.

The Australian state of New South Wales, several U.S. states and dozens of towns across the world have already recognized Karabakh.

Azerbaijan, with help from Turkey and terrorist mercenaries deployed by Ankara, started a war against Karabakh (Artsakh) in the morning of September 27. The Armenian side has reported deaths and injuries both among the civilian population and the military. Foreign and local journalists too have been injured in Azeri shelling of towns and villages.

Donations can be made to Hayastan All-Armenian Fund, which has launched a fundraising campaign to support humanitarian efforts in Karabakh.