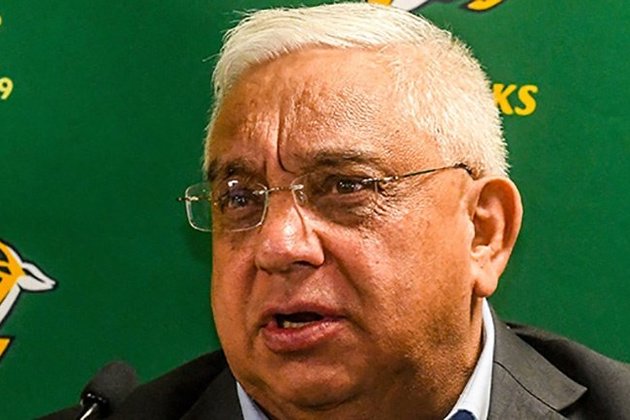 SA Rugby is hoping to stitch together three or four Springbok Test matches before the start of next year's British and Irish Lions series in July, president Mark Alexander has said.

Fears are that the Springboks might head into this landmark Lions series desperately undercooked, as they have to negotiate returns to play for long-term injuries to Handre Pollard, Lood de Jager and RG Snyman.

The Boks spent their first year as reigning world champions sitting idly as the coronavirus pandemic wreaked havoc with the global sporting calendar, which led to SA pulling out of the Rugby Championship this year.

"Rassie Erasmus (director if rugby) and them are looking at having a few games for us," Alexander said at SA Rugby's announcement of Castle as the Lions series' official sponsor.

"We need to confirm with World Rugby that we can have the games. We can't just organise the games with another country. We need to get permission to do so and we are seeking permission to have at least three or four games before we play the Lions series."

Although it's been a quiet year for the Springboks, there's been a hive of activity for the administrators in the boardroom.

However, the Boks would remain in the Rugby Championship for at least the next 10 editions until 2030.

As a result, Alexander didn't foresee a major change in the global rugby calendar, as many thought would happen when the sport came out of the Covid-19 disruption, at least not in the immediate while.

"Next year's calendar is still under discussion but, one thing for sure, in July we will be playing the British and Irish Lions series," said Alexander.

"That's the only one confirmed for next year and World Rugby is still in discussions about what's going to happen with the global calendar.

"The way things are looking, the calendar from this year will remain for next year as well and possibly look at a change in 2022 but that's still under discussion."

Alexander also added that the Lions tour salved some of the pain of losing out on the 2023 Rugby World Cup hosting rights, which went to France.

He said hosting a mega showpiece event like the World Cup demanded a lot from the country and that the Lions tour was a comparatively easier money spinner.

"Hosting the World Cup is a special thing but it's onerous on the country," he said.

"It puts a lot of pressure on government systems and stuff like that. This is a bonus for us. We don't have to put guarantees down.

"Everything we're doing for the Lions tour comes directly to SA Rugby and our partners. It's a big money spinner for rugby and for the British and Irish Lions.

"It's the first time we have a partnership like this, where we can maximise both brands during the series and the build-up before."