Rusty Argentina in All Blacks' sights after shock loss 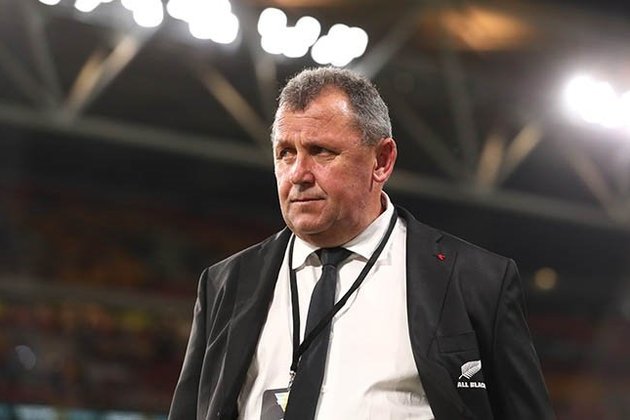 A wounded All Blacks are desperate to restore pride against Argentina on Saturday after a shock loss to Australia, with the Pumas facing a huge task to pull off their first ever win against the three-time world champions.

The South Americans have failed to beat New Zealand in 29 Tests and head into their opening Tri Nations clash at Sydney's Bankwest Stadium with the odds heavily stacked against them.

After not playing a Test since the World Cup last year, and a build-up badly disrupted by the coronavirus, they face a battle-hardened team stung by a 24-22 loss to the Wallabies last week.

In an ominous sign, New Zealand coach Ian Foster has named a near full-strength side after his eight changes to the starting team last week backfired.

The All Blacks were not sharp enough against Australia, hampered by poor discipline and tactical awareness, with 10 players purged in response.

"We were bitterly disappointed with the loss against Australia on the weekend, but we've taken a lot of lessons from that game," Foster said.

"Specifically, we need to be smarter in seeing space and executing our plan around that."

New Zealand have not lost back-to-back Tests since 2011 and have playmaker Richie Mo'unga and bruising winger Caleb Clarke returning to help prevent that happening again.

They also have a new-look front row of Tyrel Lomax, Dane Coles and Joe Moody, who returns after a head knock.

Despite the Pumas' disjointed build-up, Foster said he was expecting a tough opponent.

"They've had about three weeks of training and preparation so I'm sure their game understanding is going to be high," he said.

"They've had two really solid games in the last two weekends against Australia A, and they've shown a lot of the shape and flair that we've become accustomed to seeing from them.

"You only need to go back to Buenos Aires last year, when we had a real arm-wrestle with them, to know how tough they can be," he added of a game the All Blacks narrowly won 20-16.

However, he conceded the South Americans may initially struggle to adjust to Test-match intensity, saying: "That's something we've got to target early."

Getting to Australia was a long and difficult journey for Argentina, with more than a dozen players and staff, including coach Mario Ledesma, testing positive for Covid-19 at a training camp before their arrival.

After 14 days in quarantine in Sydney, their preparations have been limited to two warm-up games against Australia A, both of which they won.

A naturally attacking side, they boost a host of players who ply their trade in Europe, including flyhalf Nicolas Sanchez, who has bagged 50 points in his last five Tests against New Zealand.

They have also benefited from having former Wallabies coach Michael Cheika as a team consultant, with the players raring to go.

"It's really exciting to play (Tests) again. Obviously it's difficult because they are one of the best teams in the world, but we will try to play our best," said Ledesma.

"We don't want to use the pandemic or quarantine as an excuse, we've just got to get on with it," he added.

"We have had a lot of time to discuss what we want from this team and where we want to take the jersey. We have really profited from enduring this situation to create our culture."

New Zealand top the Tri Nations ladder on six points after picking up a bonus point in each of their two games against Australia, who have four points, with Argentina about to begin a run of four games in as many weeks.