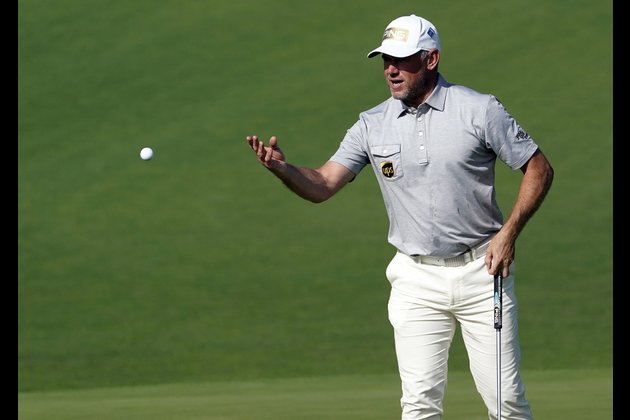 Englishman Lee Westwood finished in second place at the DP World Tour Championship on Sunday, sealing his third career Race to Dubai win as season's the top player on the European Tour.

The 47-year-old became the oldest player to win the Race to Dubai, formerly called the Order of Merit, after shooting a final-round 68. His countryman, 26-year-old Matthew Fitzpatrick, won the tournament, closing with a 68 to finish at 15-under 273.

"It's difficult to take it all in right now," Westwood said. "It's been such a bizarre year, and the European Tour have done an incredible job to put tournaments on every week."

Fitzpatrick finished in second place in Race to Dubai, with Patrick Reed in third place. Reed was vying to become the first American to take home the award.

The former Masters champion entered the day in a three-way tie for first place, but bogeys at Nos. 16 and 17 put him out of contention. He finished with a 70 on the day, tying for third with Viktor Hovland of Norway.

"It's hard to quantify. It's been 20 years since I sat there at Valderrama to win the Order of Merit back then. It's not getting any easier but I'm still enjoying playing golf," he said.

"The motivation's never changed," Westwood added. "I get up each day and do the job I love. I've always wanted to be a golfer and I don't want it to end so I'm prepared to keep working hard and put myself in the line of fire and try and get into contention in tournaments. It's where I'm most comfortable and what I love doing. I love the work away from the course and the gym and on the range, the hard work that people don't see, I love that. I don't need to motivate myself very often."