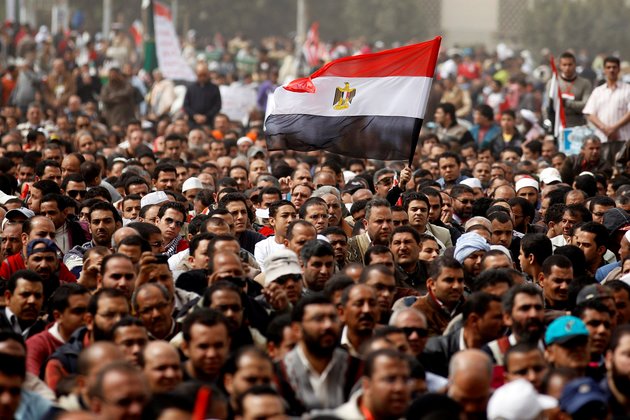 And in some nations like Syria, bloody civil wars have ensued, drawing in foreign powers.

Jordan's former Foreign Minister Marwan Muasher says a decade after the Arab Spring, there is still little good governance in the Arab world, as leaders fail to address popular demands for greater rights and rule of law.

"The Arab world so far has largely refused to acknowledge that the old order has died," Muasher said. "The old tools it used - the 'carrot' of financial resources and 'stick' of security services are crumbling. These tools have to be replaced by inclusive decision-making by moving from patronage to productivity. By educational systems that prepare people to deal with the complexities of life and by nurturing pluralism, respecting the diversity of the Arab world and understanding that it should be (a) source of strength and not weakness."

Muasher, now a vice president at the Carnegie Endowment for International Peace, says perhaps with the exception of Tunisia, authoritarianism appears to be retrenching in most Arab countries.

FILE - Tunisians celebrate the fifth anniversary of the Arab Spring, in Tunis, Jan.14, 2016.

Kristin Diwan, a senior resident scholar at the Washington-based Arab Gulf States Institute, says the regional shift afforded by the Arab Spring provided the Gulf monarchies with an opportunity.

When Gulf states looked out across the region and just saw these incidences of civil war, or civil unrest and economic weakness, they sensed an opportunity to expand their influence," said Diwan. "And in some cases, they felt an imperative to intervene and shape the region in a way that serves their interests. When you look at a state, like the UAE, you see really expanded ambition.

Muasher says that "while it's true that the Arab Spring has not fulfilled its full promise," for greater popular say, he argues that it would have been difficult to achieve a number of its goals within the course of a decade.

It will take longer, he says. But the former Jordanian minister also warns that the "clock has started" ticking on authoritarianism. He believes that unlike their elders, Arab youth and this new generation "will not accept the lack of good governance, the main problem in the Arab world today."