Confident Fury says he will knock out Joshua inside two rounds 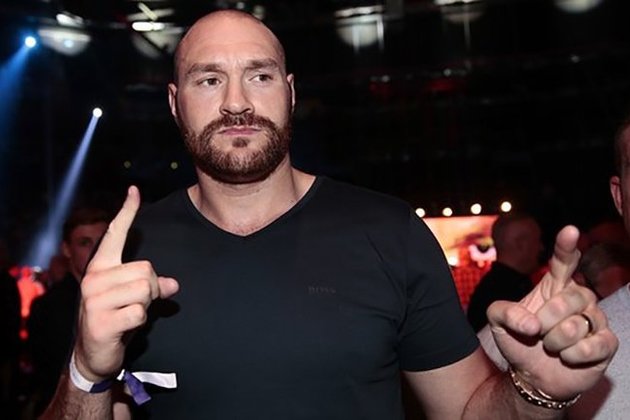 Tyson Fury said on Monday he can knock out fellow British world heavyweight champion Anthony Joshua inside two rounds due to his recent form.

WBC belt holder Fury said following Joshua's past two bouts -- a unanimous points decision over Andy Ruiz Junior in December 2019 and a ninth-round stoppage of Kubrat Pulev last month -- the fight would be a no contest.

"I don't believe he's (Joshua) as good as people crack him up to be, or he doesn't believe he is in his own self," Fury told Sky Sports.

"He's got a confidence issue. He's coming off two shaky performances and boxing is all about who is in form and who isn't. On his last two fights, he's not in form.

"On mine, I am, so momentum is with me and I just believe take him out early, very early, maybe even one round or two rounds."

Fury is optimistic the fight, which would be one of the biggest in British boxing history, will take place as soon as possible.

Potential hurdles in the way of the super-fight include Joshua's WBO mandatory challenger Oleksandr Usyk and another possible meeting between Fury and Wilder.

Fury, 32, said now was the time for Joshua to back up his words by finally fighting him.

"Whenever the world gets back to normal, whatever normal may consist of after this pandemic, then that's when this fight is going to happen," he said.

"They either run away from the fight and announce it publicly or they take the fight. Either way it's a lose-lose situation for him."

Fury believes there is an imperative for the fight to happen sooner rather than later, comparing the bout to the one between Floyd Mayweather and Manny Pacquiao that finally took place in 2015.

Mayweather won it on a unanimous decision.

"Boxing is one of those sports where rarely do you see the best fight the best," said Fury.

"It's always the champion who picks his opponents and you never get the two top guys fighting each other.

"We saw the Mayweather-Pacquiao fight, we were waiting for that fight for 10 years. When it finally happened, I believe Pacquiao was past his best. It maybe should have happened four or five years earlier.

"So hopefully we get to go one-on-one combat with not only the two best heavyweights out there but two heavyweights who are in their prime and not past it."