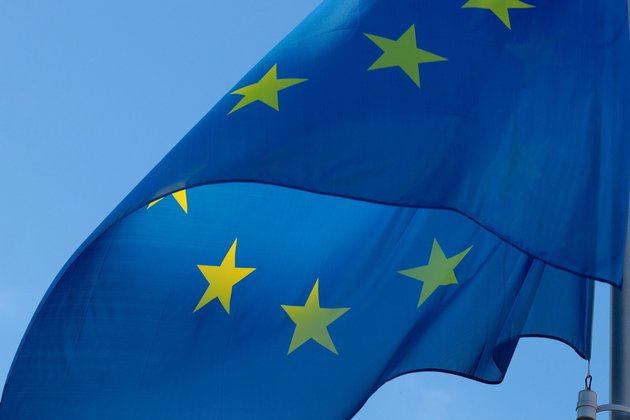 BERLIN(Own report) - The German foreign policy establishment is entering the second year of the Covid-19 pandemic with new plans for EU global power. Whereas in particular western powers and their allies have been overwhelmed by new waves of the pandemic, at times being confronted with rapidly increasing numbers of casualties, "Internationale Politik" (IP), Germany's leading foreign policy periodical, is debating the question of "what Europe lacks to assume global power." The demand that the Union must have more courage to assume global power had already been raised in several leading German media organs last fall. According to a poll, nearly half of all Germans surveyed agree that the EU can "play a strong role in global policy," similar to that played by the USA and China - particularly followers of the Green Party (52 percent) and those of the FDP (56 percent), along with the generation aged between 18 and 29 (70 percent). Whereas, the IP calls on "Europe" to enhance its "international impact", former EU commissioner Günther Oettinger cautions against the "complete overconfidence" evident in many EU capitals - "a kind of hubris."

Demands for the EU to vigorously assert itself as a "global power" had already been raised last fall in liberal and conservative wide-circulation media organs. In October, the German weekly Zeit-online called for "more courage to assume global power." The Union "must consider itself a global power."[1] A little later, the Minister of Development, Gerd Müller, and the former foreign policy expert at the influential Bertelsmann Foundation, Werner Weidenfeld, declared in "Die Welt", a daily owned by Springer, that the "EU has what it takes, to be a global power." "Its sovereign - the nearly 400 million people with their top economic potential - and solid military equipment have lifted the EU to the rank of a global power."[2] Almost two decades ago, Weidenfeld had used similar arguments to declare that the EU was a "global power in the making" (german-foreign-policy.com reported.[3]). Together with Müller, he now argues that "by virtue of its economic power, Europe" should "set standards in a digitalized and globalized multipolar world." To accomplish this, Brussels of course needs not only a "more operational political framework" - if possible "flanked by a European strategic council" - but, for example, also a "European" army with a "joint command structure."

With the question posed in the headline, "What Europe lacks to assume global power" and the relevant thematic focus, the periodical Internationale Politik (IP) is now picking up the debate. IP is the foreign policy establishment's leading periodical, a bi-monthly with an estimated circulation of 6,000, published by the German Council on Foreign Relations (DGAP), one of Germany's most influential foreign policy think tanks. As IP notes, nearly half of the German population thinks that in the future the EU can play a role as a global power. According to a representative survey made in December, 43 percent had responded "yes," when asked if the EU can "play a strong role in future global policy, similar to that played by the USA and China today."[4] The survey revealed the highest approval rating to be among the younger generation: Around 70 percent of those aged between 18 and 29 consider the EU to be a future global power, whereas that opinion group is only 28 percent of those over 60. In terms of party affiliations, the approval ratings are above average among economic and eco-liberals: 56 percent of FDP and 52 percent of Green Party supporters consider the EU essentially on a par with the USA and China.

Talked a Lot, without Having Done Enough

In view of the EU's true political status in international politics, IP concedes that "Europe" has "talked a lot about its international role, without having done enough."[5] Thus, the objective of reaching "strategic autonomy" - a camouflaged version of the claim to global power status - was first inscribed in the European Council resolutions in December 2013, and later, in the EU's June 2016 Global Strategy. However, the objective has yet to be achieved. Now "Europe's task" is "to enhance its international impact under new premises and to represent its interests more firmly." The EU will "presumably" only succeed "in increasing its power resources, if there is an increase in its internal cohesion and the willingness of the member governments to cooperate." The IP does not rule out positive side effects of serious crises - such as the current Corona crisis: "The feeling of a ‘community of fate' has grown." However, only a few days following the publication of the latest IP edition - this can be put into question: Due to serious flaws in vaccine procurement, harsh criticism of the inertia of EU authorities is erupting.

Whereas IP is upholding the EU's claim to the status of a global power, various articles in its latest edition reveal the growing gap between this claim and reality. One can read for example, "like no other topic," the Iran policy reflects the Union's common foreign policy: "For nearly two decades" the member states have been pursuing "a relatively consistent approach toward Iran" - repeatedly even against massive US pressure.[6] However, it is precisely in the Iran policy that the EU has shown its "inability to exert decisive influence." For example, in spite of the Union's comprehensive efforts, trade with Iran has almost completely collapsed due to unilaterally-imposed US sanctions. The situation is similar regarding its Africa policy. Despite many years of grandiose announcements, the EU has not succeeded in its efforts to extend economic relations to the sub-Saharan African countries, while China has been massively enhancing its position on the African continent. "At the moment," according to IP, "it looks as if China - and not Europe - is the main beneficiary of the [aspired, editors note] African economic boom.[7]

A Kind of Hubris

Economic policy-makers are increasingly warning that the EU's claim to a status of global power is, by no means, supported by its economic performance. They point to the fact that the EU's share in the global economic output is at best stagnating (german-foreign-policy.com reported [8]), or that the EU's share of global patent applications had dramatically dropped from 34.7 percent in 2009, to 23.2 percent in 2019, while Asia's share has risen from 32 to 52.4 percent in the same period.[9] However, political elites often have not even realized it, noted the former EU Commissioner Günther Oettinger: "In many EU capitals there is complete overconfidence in one's own economic power. It's a kind of hubris."[10] At the beginning of this week, Werner Hoyer, former Minister of State in the German Foreign Ministry, today President of the European Investment Bank (EIB), was also quoted saying that EU countries have been "losing competitiveness for 15 years" while reducing their investments "in research and development by 1.5 percent of their GDP year after year." "We are not yet catching up," Hoyer warns, "but rather falling further behind."[11]