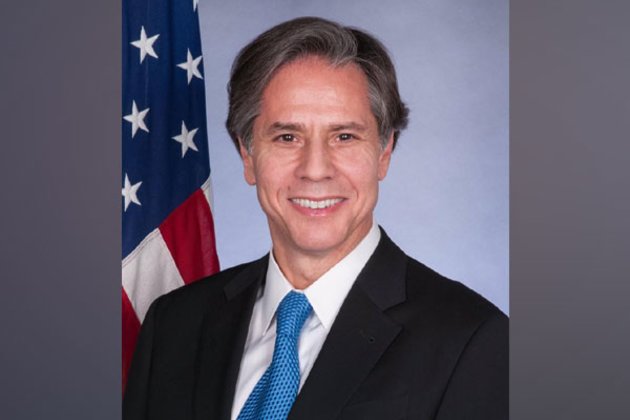 Washington [US], February 5 (ANI): US Secretary of State, Antony Blinken, raised allegations related to the recent hack of the American government systems, the growing China threat, and treatment of Kremlin critic Alexey Navalny during a call with Russian Foreign Minister Sergey Lavrov.

State Department Spokesperson Ned Price said that Blinken also raised the issue of Russia's alleged meddling in the US Presidential elections and its military aggression against Georgia and Ukraine.

According to Sputnik, Russian officials have vigorously denied each of the allegations.The two officials also discussed the New START extension and the need for new arms control that addresses all of Russia's nuclear weapons and the growing threat from China, according to the statement by Price.

He added, "The Secretary raised Russian interference in the 2020 United States election, its military aggression in Ukraine and Georgia, the poisoning of Aleksey Navalny, and the SolarWinds incident, among other issues. The Secretary and the Minister committed to continued discussion on issues of mutual concern."The spokesperson said that Blinken reiterated President Joe Biden's resolve to protect American citizens and act firmly in defense of US interests in response to actions by Russia "that harm us or our allies.""This includes the release of Paul Whelan and Trevor Reed so that they are able to return home to their families in the United States," Price added.

A Moscow court on Tuesday sent Navalny to prison for more than two-and-a-half years.

CNN reported the verdict was announced after a heated hearing in which the Kremlin critic ridiculed claims he broke his parole conditions while in a coma and denounced Russia's leader as "Putin the poisoner."Navalny was previously handed a three-and-a-half-year suspended sentence in the 2014 case along with five years of probation. He had to spend five months in Germany recovering from Novichok poisoning before his return to Moscow on January 17. (ANI)