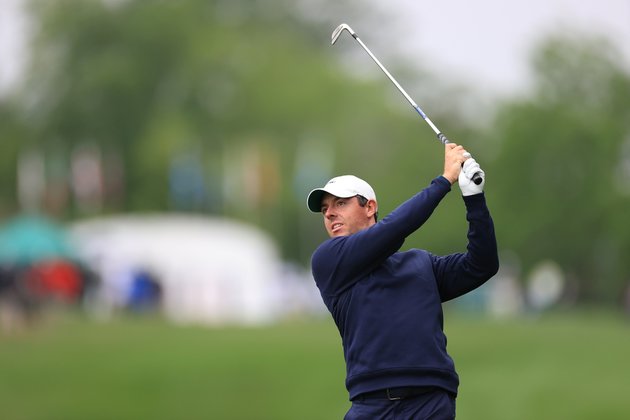 The Premier Golf League is on track to tee off in January 2023 and will feature 18 tournaments with hopes of attracting the top 48 male golfers in the world, the BBC reported.

Per the report, 12 of the events would be played in the United States. The prize pool for each competition would be about$28 million, with $4 million for the winner and $150,000 for the last-place finisher.

By contrast, the purse at last week's Memorial Tournament, one of three "elevated" events on the PGA Tour schedule, was $9.3 million with winner Patrick Cantlay taking home $1.675 million.

"The team is ready to go," said Andy Gardiner of the British-based World Golf Group, which is promoting the PGL. "We've used the last eight months to bring in externals to check through every single piece of the model to make sure the events of the last 12 months with COVID haven't changed our thinking.

"The January 2023 date right now is entirely feasible. We will see how the conversations go with the community that we want to embrace."

That community is the membership of the PGA and European tours.

Last November, the two announced a "strategic alliance" that will see the tours collaborate on global scheduling, representing what could be the first step toward establishing a world golf tour.

The PGA Tour and European Tour previously warned players that they could be expelled from those tours if they played in events staged by the PGL or the Saudi-backed Super Golf League (SGL), another proposed competitor.

"Think about the individual's right to work," he said. "Thomas Jefferson, the declaration of independence talked about life, love and the pursuit of happiness and that includes the ability to work as you want to."

So far, major names in the sport, including Brooks Koepka, Jon Rahm and Rory McIlroy, have said they won't be enticed by big paydays and jump ship from the PGA.

McIlroy drew a comparison between the SGL and the European Super League, a proposed breakaway soccer circuit that collapsed 48 hours after its announcement following massive global backlash.

"People can see it for what it is, which is a money grab," McIlroy said last month of the SGL. "Which is fine if that's what you're playing golf for is to make as much money as possible. Totally fine, then go and do that if that's what makes you happy.

The PGA Tour also recently created a $40 million Player Impact Program as a bonus pool for its 10 most popular stars. Part of its design was to get the attention of players who may have been approached by breakaway leagues.

Bryson DeChambeau acknowledged at last month's PGA Championship that his agent has been telling him about the breakaway leagues but that he won't be the first to make the jump.

"I will never do anything first. I will never be anybody that goes first in something like that," DeChambeau said. "It's got to be the Tour coming together and saying this is better for the fan experience."