US Military Says Withdrawal From Afghanistan More Than Half Complete 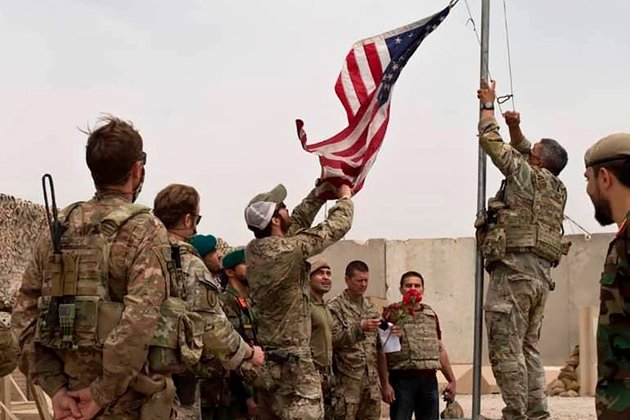 WASHINGTON - The U.S. military estimates that it has completed more than half of its withdrawal from Afghanistan, a pace that appears far ahead of the September 11 deadline set by President Joe Biden in April.

"U.S. Central Command (CENTCOM) estimates that we have completed greater than 50% of the entire retrograde process," the command, which oversees operations in Afghanistan, said Tuesday.

CENTCOM also said it had removed the equivalent of approximately 500 C-17 planeloads of material from Afghanistan and had turned over more than 13,000 pieces of equipment to the Defense Logistics Agency for disposition.

Biden ordered American troops to leave Afghanistan by September 11, after nearly 20 years of military involvement in the war-torn country.

At the time of his announcement in April, at least 2,500 U.S. troops made up part of NATO's Afghanistan mission, which includes fewer than 10,000 troops.

NATO Secretary General Jens Stoltenberg acknowledged Monday at an Atlantic Council event that the decision to leave Afghanistan "entails risk" but added that NATO built and trained Afghan security forces to take responsibility for security in their own country.

The withdrawal of the U.S.-led NATO force has sparked fears that Afghanistan's civil war could intensify and spiral out of control.

Afghan civilians have been killed in a string of attacks since May 1, when the United States formally began its withdrawal, and the Taliban have made territorial gains across the country, including in Baghlan province in the north, Helmand province in the south, Farah province in the west and Laghman in the east.

U.S. defense officials have pledged to continue financial support for Afghan security forces and to provide help to Afghanistan's air force, which relies heavily on civilian contractors to keep its planes and helicopters in the air.

Questions about what that support will look like going forward remain unanswered.

"Those decisions have not been completed, but rest assured we're working hard on that," Pentagon press secretary John Kirby told reporters Tuesday about aircraft maintenance once the U.S. withdrawal is complete.

"We're mindful of the need for good aircraft maintenance, and we're certainly mindful of how important the Afghan air force and special missions wing are to their self-defense capabilities," he said. "We just haven't locked all the details down right now."

Kirby declined to elaborate on reports out of Turkey that Turkish officials have offered to provide security for Kabul's airport once U.S. and coalition forces have left.

U.S. officials have said maintaining security at the airport is critical if Washington is to be able to maintain an embassy in Kabul.

"There has not been, as far as I know, any final decisions made about security at the airport in terms of what that's going to look like, who's going to do it and what the scope and scale of it's going to be," Kirby said.

It is also unclear whether the Taliban will keep their commitment made as part of a deal signed with the U.S. in February 2020 to remove ties with terrorist groups, including al-Qaida. The terror group was responsible for the September 11, 2001, attacks, which killed some 3,000 people on American soil.

A U.N. report released last week warned the Taliban are strengthening their military posture in Afghanistan and, as a result of the U.S. agreement to withdraw, have been "emboldened to sustain attacks for longer periods while also exercising greater freedom of movement." It added that the Taliban have, despite their words saying otherwise, shown no actions to indicate they will break ties with al-Qaida.

U.S. forces killed Osama bin Laden, the leader of al-Qaida who orchestrated the 2001 attacks, during a raid on his compound in Abbottabad, Pakistan, in May 2011.